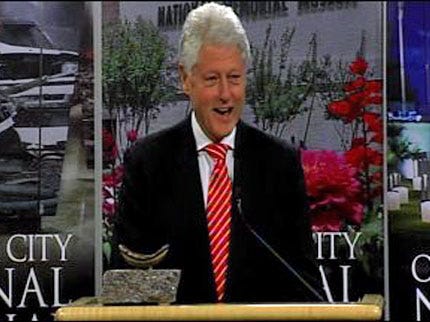 The former president's arrival was to announce a new National Honorary Board for the memorial. The president will be one of several big names who will serve on the board, which is designed to draw more national dollars to the memorial.

Before the president spoke to those in attendance he was given his first tour of the museum. In his speech, Clinton spoke about how he was taken aback by what the memorial has been able to accomplish and the effect it's had all over the world.

"I'm telling you this memorial, that museum and the memories that everybody has about what you did here is still affecting the world in ways you cannot imagine," said former President Bill Clinton.

Exactly what their roles on the board will be, officials with the memorial said they are still working out those details.