OHP Trooper On Paid Leave Eager To Return To Work 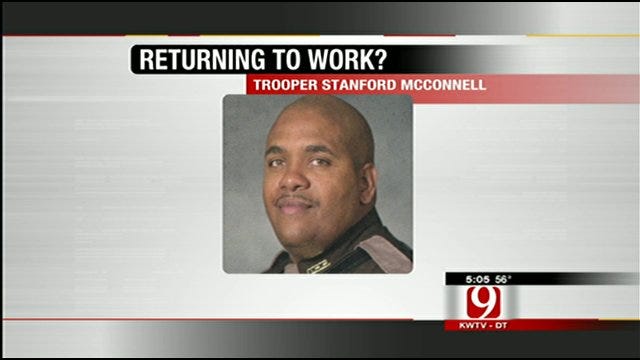 OKLAHOMA CITY -- An Oklahoma Highway Patrol trooper on paid administrative leave is expected to be back on the road in about a week and is eager to return to work.

Prosecutors dropped charges against Trooper Stanford McConnell on Wednesday. He was accused of concealing stolen property and had been on paid leave since December 2010.

"He took it hard that it reflected on the Oklahoma Highway Patrol, or as he and those guys say, ‘Reflects on a brown shirt,'" said McConnell's attorney Gary James.

The district attorney said the OSBI investigated and did not find enough evidence to prosecute.

OHP said they are closing out the administrative process so McConnell can be restored to active duty in the next week. McConnell said eager to return to his job on the Capitol patrol.

News 9 spoke with the former Grady County District Attorney, who said the charge against McConnell was backed by evidence. He said McConnell's daughter and son-in-law claim he was the mastermind behind the scheme. They're both still charged with concealing stolen property.

OHP Trooper On Paid Leave Eager To Return To Work