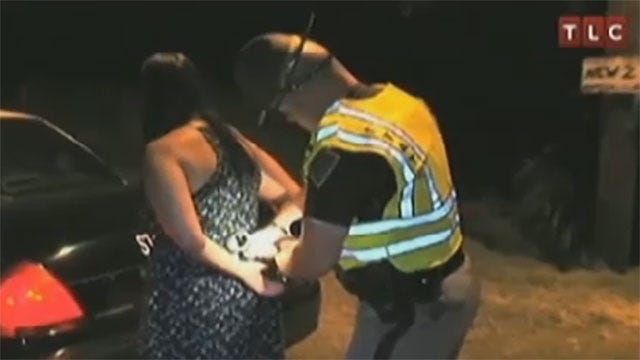 Cleveland County Sheriff's deputies will be featured on TLC's reality show, ‘DUI', for their efforts to crack down drunk driving in the area. The show will air  this Thursday at 8 p.m.

According to the Sheriff's Office, film crews followed the deputies at a sobriety checkpoint, which was conducted on July 29 on North Flood Avenue, just north of 24th Avenue NW in Norman.

The crews filmed the deputies as they were briefed before the round-up, and as they checked vehicles for intoxicated drivers, according to authorities.

Officials said the deputies arrested 20 people on various complaints during this checkpoint. Five of those were arrested for driving under the influence, one for possession of marijuana and 14 other arrests including driving under suspension, no driver's license and public drunkenness.

Sheriff Joe Lester said authorities will not tolerate drinking and driving, and anyone who gets behind the wheel after consuming alcohol runs the risk of hurting themselves or an innocent person.

"If a deputy catches you driving under the influence, I guarantee, you will be arrested and taken to jail," Lester said. "No exceptions."