Driver Killed In I-35 Crash In Logan County Identified 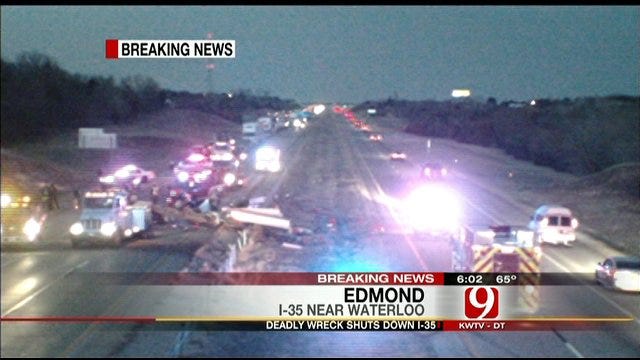 The Oklahoma Highway Patrol has identified the driver killed in a wreck on Interstate 35 in Logan County Tuesday night.

Troopers said 28-year-old Jeremiah Robert McHone of Guthrie, Oklahoma was driving a 2005 Chevrolet box truck, northbound on I-35 just north of Waterloo, when his back right tire blew out and caused him to slide.

According to the OHP collision report, the truck then hit the cable barrier and flipped, throwing McHone 60 feet out of the truck.

Troopers said the truck's tires were in bad shape and that's what caused the wreck.

McHone was not wearing a seatbelt at the time of the crash.

The collision caused a massive traffic backup Tuesday evening. The southbound lanes and the northbound inside lane on I-35 near Waterloo Road were shut down for more than two hours.