String Of Burglaries Have Chickasha Home, Business Owners On Edge String Of Burglaries Have Chicksha Home, Business Owners On Edge 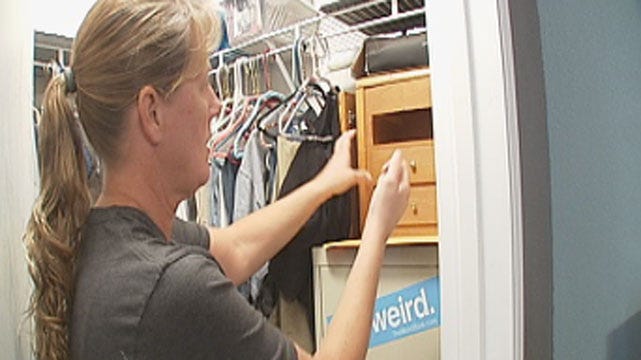 A string of burglaries in Chickasha, including two more on Sunday, have home and business owners on edge.

One homeowner, Sharon Verser, says the thieves got away with thousands of dollars in jewelry, guitars, other musical equipment, DVDs and gaming systems.

She ended up finding some of her stuff at a local pawn shop and got a suspect name. But so far authorities haven't arrested the person she believes is responsible.

"They're telling me I have to go pay to get my stuff out of pawn, and then take the person to court to get restitution, and I think there's something totally wrong with that picture," Verser said.

Verser says she isn't the only one hit in her neighborhood.

Police say there's surveillance footage of at least one of the burglaries.

String Of Burglaries Have Chickasha Home, Business Owners On Edge