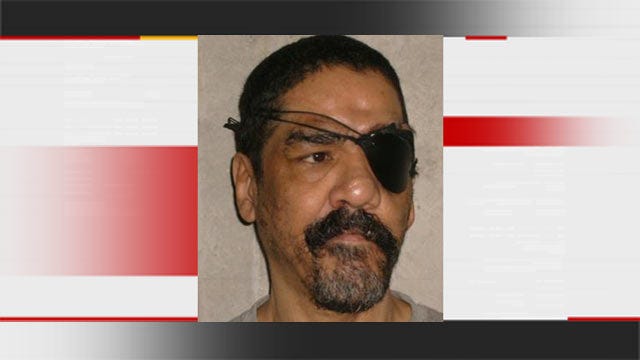 An Oklahoma man convicted of killing his fiancee back in 1986 has been executed Tuesday.

This is the fourth time Allen has been scheduled for execution. The latest was back in April, when a judge issued a last minute stay to determine Allen's mental competency.

Twenty-six years ago, Garry Allen shot the mother of his two children, Gail Titsworth, as she went to pick up her sons up at daycare.

When police found Allen afterward, he tried to make the officer shoot himself with his own weapon. But in the scuffle, Allen was shot in the head and lost his eye.

Defense attorneys have argued the shot resulted in brain damage making Allen mentally incompetent and ineligible for the death penalty. A claim, Titworths sons have told us in the past they reject and at this point are getting fed up with the appeals process.

"He has to pay for what he done," said Adrian Titsworth.

But anti-death penalty advocates have continued to fight on Allen's behalf and yesterday protested at the Capitol and made a last minute plea to the Governor to save Allen's life.

"This eye for an eye, tooth for a tooth mentality in this state is killing our state and it's never going to solve the problem," said Constance Johnson, a state senator and member of the Oklahoma Coalition to Abolish the Death Penalty.

The State Attorney General, Scott Pruitt, however says after 19 years of appeals and delayed justice his thoughts will be with Titsworth's family especially her two sons who were left without a mother.

Members of the Oklahoma Coalition to Abolish the Death Penalty will remain gathered outside the Governor's mansion and stand vigil until they receive notice of a stay of execution or until the execution is carried out.

Allen is the fifth man executed in Oklahoma this year.