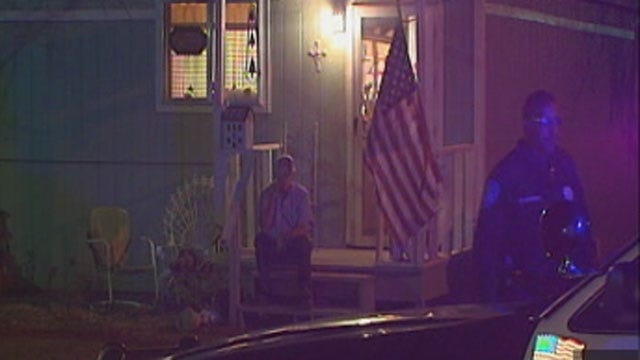 Police are looking for three men who broke into a home in Spencer Monday night, and assaulted an elderly couple living at the home.

Officers responded to the incident at about 7 p.m. Monday. According to police, the suspects broke into the house, located in the 9700 block of N.E. 26th Street in Spencer.

The suspects reportedly dragged the 66-year-old man onto the driveway, where they beat him with a semi-automatic handgun. They then went inside the home where they beat the man's wife, stole some jewelry, and even ripped a necklace off the woman's neck.

Police say the homeowner deals in coins and jewelry, so they believe the suspects may have specifically targeted him. Officers have not released descriptions of the suspects at this time.

Although the couple was beaten, they were not taken to the hospital because their injuries were not life-threatening.

Anyone with information about the violent home invasion is urged to call the Spencer Police Department.