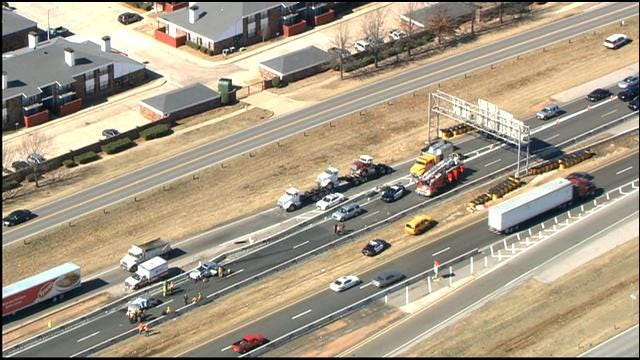 Police have reopened southbound Interstate 35 between Robinson and Main, following a fatal crash.

Traffic began moving again just before 3 p.m. A fatal crash closed the southbound lanes around 1 p.m. Traffic was backed up for miles as police diverted cars onto Tecumseh Road.

It's not known how the crash happened. The name of the person killed in the accident has not been released.