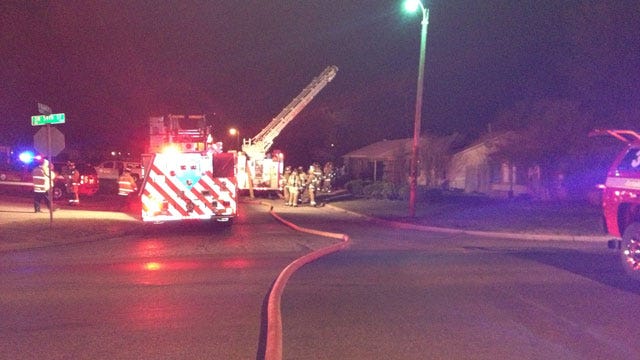 An Oklahoma neighborhood is still in shock after a house fire Wednesday night resulted in critical burns to two young children.

It happened at 5916 Francis Avenue.  Two adults and two children were in the home when the fire appeared at the rear of the house.

While everyone made it out of the house, the two children, ages 4 and 5, were critically burned.  Their mother also suffered burns.

Fire officials say the children may have started the blaze by playing with matches, but the cause is still under investigation.

Officials haven't released the names or conditions of the children or their mother.  The children are at OU Med Center.  Their mother was initially taken to Presbyterian Hospital.