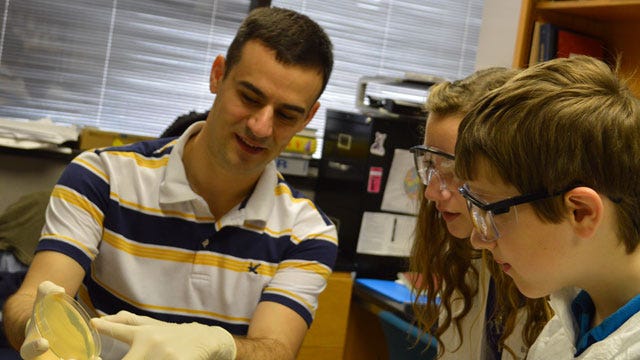 Over the past three decades, students, teachers and parents in Putnam City schools have raised more than $3-million for the Oklahoma Medical Research Foundation.

As a way to say "thank you", students were invited to come in and participate in real lab experiments and talk one-on-one with scientists and researchers. Some of the students are now considering a career in science.

"I know they do like chemicals and stuff but like it. It's pretty fun. So I want to be a scientist or nurse," said student, Evy Mai.

The fundraising started in 1976 after a Putnam City teacher noticed a number of her colleagues had been diagnosed with cancer.