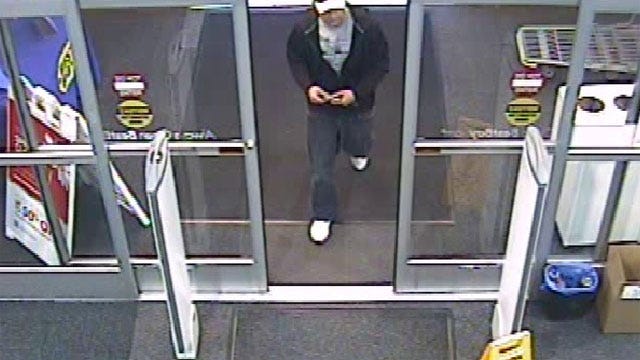 Police are searching for a man who used a stolen credit card to buy more than $1,000 worth of merchandise from an Oklahoma City store.

The victim says her Best Buy credit card was stolen from her car in March. A few days later, someone charged more than $1,100 to the credit card at a Best Buy store on S.W. 3rd Street near MacArthur Boulevard.

Police have released a picture of the suspect taken by a store surveillance camera. Investigators ask anyone who recognizes the suspect to call Crime Stoppers at (405) 236-7300. Callers can remain anonymous and may be eligible for a cash reward.