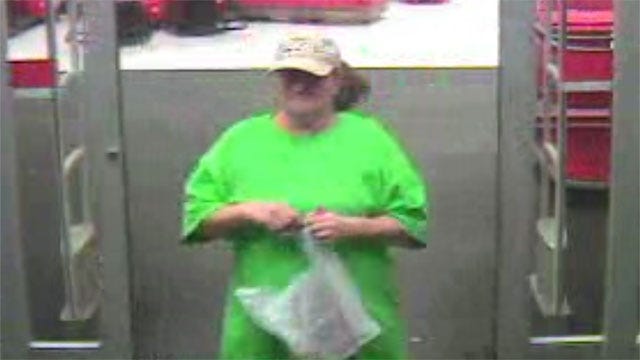 Oklahoma City police are searching for a woman suspected of stealing a Target credit card from the mail then using the stolen plastic to go on a shopping spree.

Target Visa contacted the victim in April to ask her about several purchases being made on her card. The victim said she’d never received the card Target Visa mailed to her. That’s when the company and the victim realized the card had been intercepted.

The person who stole the card bought $800 worth of merchandise at the Target store at Penn and Memorial. Police obtained surveillance video from the store and found images of the suspected thief.

Anyone who recognizes the woman is asked to call the White Collar Crimes unit with the Oklahoma City Police Department.