Witness Punches OKC Man Accused Of Exposing Self To Children 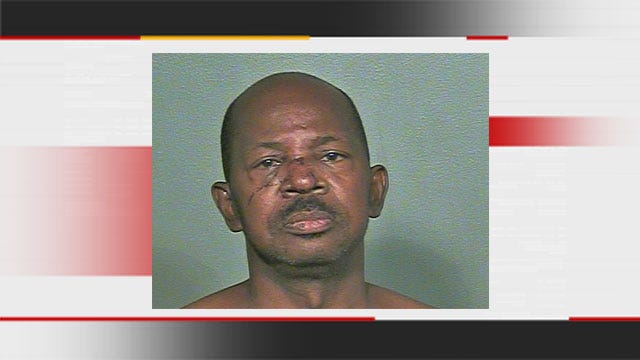 Witnesses say a drunken man was punched in the face after he ran around a northeast Oklahoma City apartment complex, exposing his genitals to children.

Police were called to the 2600 block of N. Phillips around 8 p.m. on Friday, July 5. Officers found 54-year-old Paul Jones still at the scene, sitting in a chair and bleeding from the nose.

Police say Jones smelled strongly of an alcoholic beverage and had slurred speech.

Witnesses told police Jones had come outside, partially pulled down his pants and exposed himself to children. They said he also chased the kids and tried to put his arm around a little girl. The child pushed him away and ran.

While witnesses called police, they observed Jones walk up to a man in his 20s and try to hug him. Witnesses say the man shoved Jones away and punched him in the nose.

After police arrived, they arrested Jones and booked him into the Oklahoma County jail for lewd/indecent acts to a child under 16, indecent exposure, public intoxication and public drunkenness.

Police did not find the man who punched Jones.

Witness Punches OKC Man Accused Of Exposing Self To Children