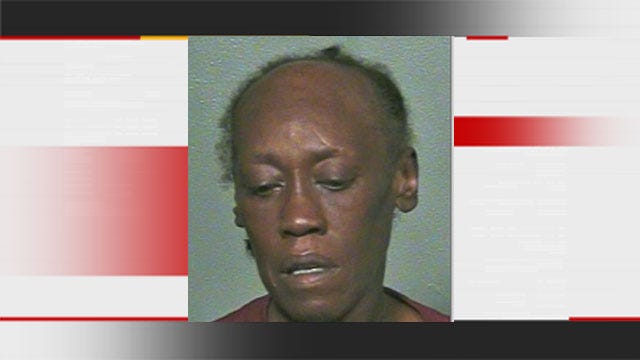 A 14-year-old boy was rushed to the hospital, after his legs and feet were so badly beaten that he can't walk. Now a 59-year-old woman is behind bars accused of beating him with a hammer.

The police report states the woman claimed she dropped a copy machine on the boy's feet over the weekend, but did not take him to the hospital.

The boy claims she used a hammer to abuse him, and that police could find it in her bedroom by her bed.

Yvonne Conerly was shocked to hear about what reportedly happened inside the house that she walks by every day.

"When we came from bowling, we saw one or two police cars, we didn't know what was really going on," said Conerly. "I guess the mother and son got into it Saturday night."

"I feel sad about it," said Donna Stover, a teacher whose father lives across the street. Stover says she can't believe this happened so close to home. "This is a really quiet friendly neighborhood. I grew up in this neighborhood."

The police report states a man found the 14-year-old crawling by his house. He said the child requested that he take him to a friend's house because he was "scared to go home."

The report states the man had to "carry the boy into the house" since he was so "severely beaten" that he "could not walk."

The report states the boy had bruises all over his legs and feet and also appeared to be malnourished.

Neighbors say the family moved into the house about six to seven months ago. Christmas decorations still line one of the windows.

But though there were people inside the house when we came by, none of them wanted to talk about what happened.

Stover for one is just glad the boy got help.

"Children now got to tell somebody! If someone is doing something to the children now, they have to have somebody that they feel comfortable enough with to report it," Stover urged.

The police report states when officers arrived at the house, Alberty gave them a "false name." And when an officer asked her where the 14 year old was, she said he had run away, but that she did not call to report it.

Alberty is being held in the Oklahoma County jail on $10,000 bond. The 14-year-old is in protective custody.