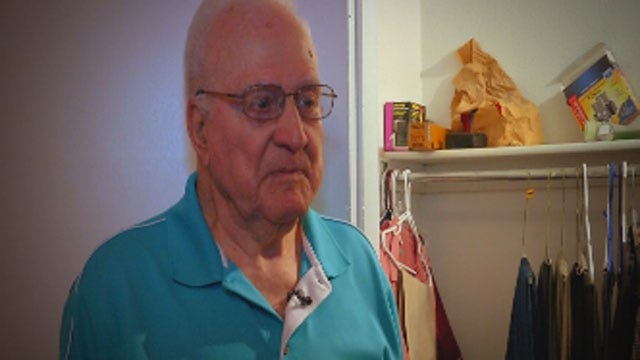 An Oklahoma City man is reunited with his wife's ashes.

Wearmouth's home was broken into Tuesday morning while he attended a men's bible study. When he returned, he saw his door had been kicked open.

The thieves got away with guns and jewelry, but more importantly, the ashes of Wearmouth's late wife, Karin.

Police say a woman called and said she saw the story on the news and believed the ashes were left on a step outside of an apartment. When officers arrived to check it out, they confirmed the wife's name on the container and returned them to Wearmouth Wednesday afternoon.

No suspect information is available and no arrests have been made.