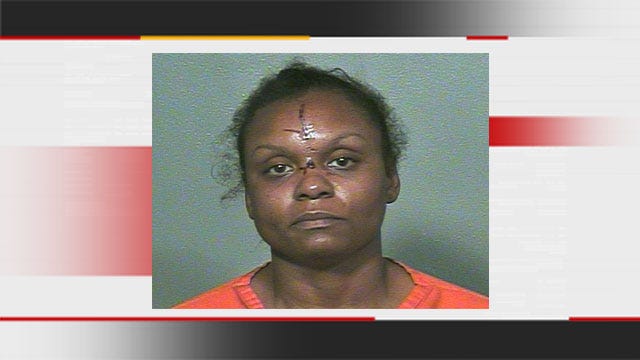 Oklahoma County prosecutors have filed a first-degree murder charge against an Oklahoma City woman accused of stabbing her boyfriend to death.

Police say Aisha Smith, 36, stabbed Walter Garland, 48, to death on July 16. According to court documents, police were called to a home in the 1500 block of S.E. 52nd Street to investigate "unknown trouble."

When officers arrived, they saw Smith inside a vehicle; she was attempting to back out of the driveway. They stopped her and noticed a cut on her forehead and her forearm. She told police Garland was inside the house, but never said he was injured.

When police entered the house, they found Garland in the kitchen suffering from multiple stab wounds. He was taken to a hospital where he died.

Smith told officers Garland had attacked her. She claimed she blacked out and when she woke up, she saw Garland standing over her with a knife. She said he stabbed her, but she managed to grab the knife and stab him.

Police learned Smith and Garland had been involved in a relationship for three or four years, and there was a history of domestic assaults between the two.