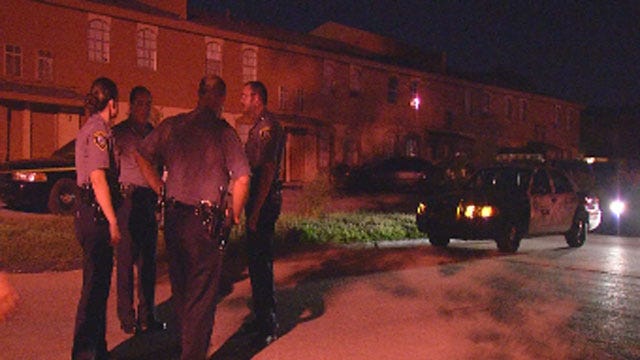 Police found a man lying in the parking lot of the Copperwood Apartments with a gunshot wound to the neck. He died shortly after.

"We were able to round up some witnesses, heard some altercation that took place, verbal altercation and then heard a gunshot," said Captain Nate Tarver with the Oklahoma City police.

At this time police do have a possible suspect in custody. No arrests have been made.