Price To Park On Campus Corner In Norman Quadruples Price To Park On Campus Corner In Norman Triples 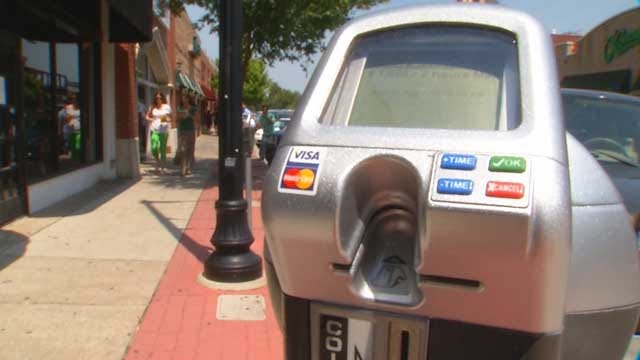 The world's first parking meter was installed here in Oklahoma. But now folks in Norman may be regretting that invention more than ever.

Parking on Campus Corner has gone up from $.25 cents an hour to a $1.00. The higher rates come as the new high-tech meters are installed that not only take credit cards but are connected to a sensor in the parking spot.

Much to the distress of most drivers the new rates on the new meters took effect the beginning of this month.

"It adds up, it adds up, especially because we used to park here all the time for class," said Abraham Liongco, an engineering student at OU.

But that's exactly the reason the new meters are here. Campus Corner merchants asked the city to install them.

"We've always experienced a lot of students and staff utilizing the meters instead of our customers," explains O'Connell's owner Jeff Stewart who is president of the merchant's association. "We felt (rates) going up would help deter that."

The new meters will monitor the spots more tightly. The sensors let the meter know when someone pulls in and clears the meter when the car leaves. Eventually parking attendants will also be notified when a meter expires and a car is still in the spot.

When the meters were installed the city council also changed the ordinance to allow for parking enforcement beyond the normal 8 to 5. But right now the Norman Police Department says they don't have the resources to do that.

The new meters will also eventually have an option for you to feed the meter with your smart phone.

Those who wanted the meters say they are working. Even during the busy lunch hour you could find a place to park if you're prepared to pay.

"Come on down and enjoy the Corner, we've got parking!" exclaimed Stewart.

When the meters were installed the city council also changed the ordinance to allow for parking enforcement beyond the normal 8 a.m. to 5 p.m. But right now, the Norman Police Department says it doesn't have the resources to do that.