Over $150K Raised For Family Of Australian Athlete Killed In Duncan 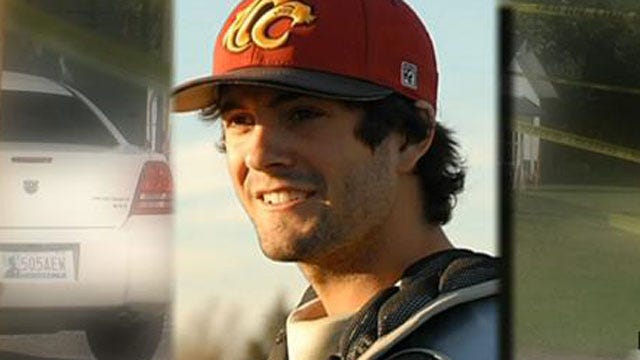 Donations are pouring in from around the world for the family of an Australian athlete who was killed in Duncan, Oklahoma, on August 16.

Christopher Lane, an Australian student who was studying at East Central University in Ada on a baseball scholarship, was shot and killed while jogging in Duncan last Friday. He was in Duncan visiting his girlfriend.

Three teenagers were arrested in connection with Lane's murder. Chancey Luna, 16, and James Edwards, Jr., 15, are charged with first-degree murder. Police say Luna is the alleged shooter while Edwards was a passenger in the car.

Michael Jones, 17, is charged as a youthful offender and faces one count of accessory to first degree murder. He's also charged with one count of use of a motor vehicle in discharge of weapon.

"We would like to take this moment to thank everyone who has made a donation in Christopher's Name. We have appreciated the support we have revived from all around the world. We want people to know we don't believe what happened was a reflection of the people of Duncan or Oklahoma. Christopher was chasing his dreams and we believe everyone should do the same. Money left over after paying for his funeral expenses will go into a foundation which will make donations in Christopher's name to organizations he was passionate about and hopefully help full fill others dreams. Christopher would be so proud he had a made a difference in so many lives."

Thursday afternoon, Lane's body was en route to Australia, where his family will bury him. In Oklahoma, Lane's friends are planning a private memorial service. It's scheduled for 1 p.m. Saturday at Oklahoma Christian University in Edmond.

A vigil will also be held for Lane at 7 p.m. Friday on the Plato Elementary playground.

Learn more about how you can donate.