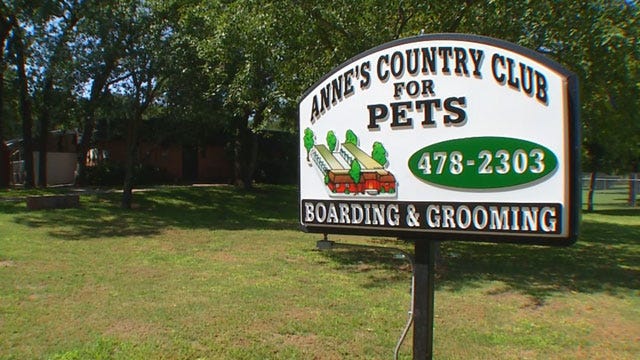 An animal kennel that's taken in dozens of abandoned tornado pets will soon be closing for good. And the staff has less than two weeks to get all the pets adopted.

Ann's Country Club for Pets has been open for more than 40 years, and staff just found out this week the place is closing down and all the pets must go. For months several cats and kittens have called one kennel home. They were displaced after the tornadoes hit, and could soon be homeless again.

"The owner isn't able to run the business anymore, so it was purchased and will be closing," said Robin Stevenson, office manager for Ann's Country Club for Pets.

Stevenson has worked at Ann's Country Club for Pets for 14 years in Oklahoma City. She learned on Tuesday that the place was sold, shutting down, and she and four other employees were losing their jobs. And all the animals are losing their home.

In order to close up shop quickly, the staff is working hard to get all the animals adopted.

"Because of our time constraint, we are waiving any kind of fee," Stevenson said. "All we ask is that if they can't find them a home that they either keep them or just don't take them to the pound."

Nearly 50 pets need homes in a matter of days, but so far, adoptions have been slow.

"They've been dealt a raw deal," Stevenson said. "They've either been dumped, in some cases, or they've lost their forever homes due to weather, and they need love like everybody else does."

The kennel shuts down for good on September 3rd, and staff doesn't know what they're going to do with the pets if they're not adopted by then.