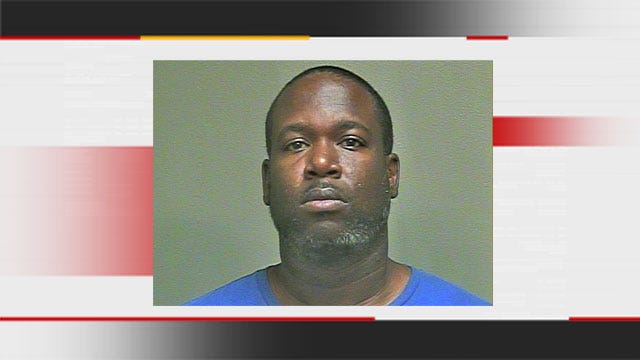 Oklahoma City police arrested a man who is accused of trafficking 174 pounds of marijuana.

According to an affidavit, at about 8 p.m. on Wednesday, July 23, an officer stopped an SUV for straddling lane lines in the 4400 block of W. Interstate 40. The SUV was towing a U-Haul car trailer loaded with a 1997 Buick LeSabre.

The driver, 38-year-old Jemain McCreary, told the officer that he was transporting the Buick from California to Indiana. However, the officer said he became suspicious of McCreary being involved in criminal activity after a brief conversation with him about the nature of his trip.

The officer asked McCreary for his consent to search both vehicles, but McCreary denied. However, the officer’s K9 alerted to a strong odor of marijuana in the Buick, according to police.

After a search, the officer said he found large bundles of marijuana in the trunk and backseat of the Buick, weighing a total of 174 pounds.

McCreary was booked into the Oklahoma County Jail on drug trafficking charges.