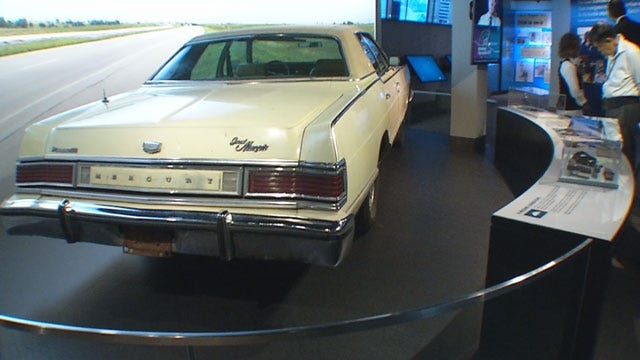 The Oklahoma City National Memorial and Museum is getting an $8 million facelift.

Starting Tuesday, visitors will get their first look at the new upgrades and exhibits.

Detailed information and evidence collected from the bombing have been added to the museum, including 150 new interviews.

The Grand Marquis Timothy McVeigh was driving when he was pulled over and arrested near Perry an hour and a half after the blast is on display, along with the gun and ear plugs he was carrying.

Along with 150 new interviews, there are 19 new interactive stations where you can access pieces of evidence and video with the touch of a screen.

Museum officials said they want to reach younger generations, kids who weren't alive yet, or are too young to remember the bombing.

“This story has to live on after the people who lived through it,” said Oklahoma City National Memorial & Museum Executive Director Kari Watkins.

Part of the improvements include new stone work around the reflecting pond. Construction will begin later this year.