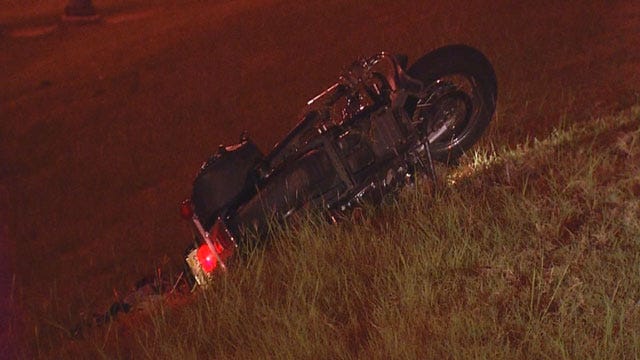 A man was injured after crashing his motorcycle in Oklahoma City, early Friday morning.

According to the Oklahoma Highway Patrol, it happened just after 12:30 a.m. The motorcyclist was exiting a ramp from Interstate 40 to Interstate 35. Witnesses said he was going too fast and lost control.

The man has been transported to the OU Medical Center. Troopers said he was alive when transported, but his condition is unclear at this time.