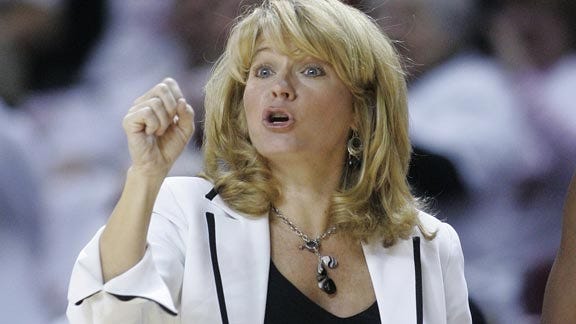 The Oklahoma women's basketball team closed non-conference play with a 71-54 win over Yale Tuesday night inside Lloyd Noble Center. With the victory, the Sooners improved to 6-5 on the season, while the Bulldogs fell to 4-8. Three Sooners scored in double-digits, led by Kaylon Williams's game-high 20 points on 10-for-12 shooting. Peyton Little added 18 points on 6-for-8 from the floor, while Gioya Carter tallied career highs in points (17) and rebounds (six).

Yale inched within two points at 52-50 with 7:46 remaining in the contest, but the Sooners used a 19-4 run to close the game to secure the 17-point victory. During that stretch, OU held Yale scoreless (0-for-10 shooting) from the field, with the Bulldogs' final four points coming from the free-throw line.