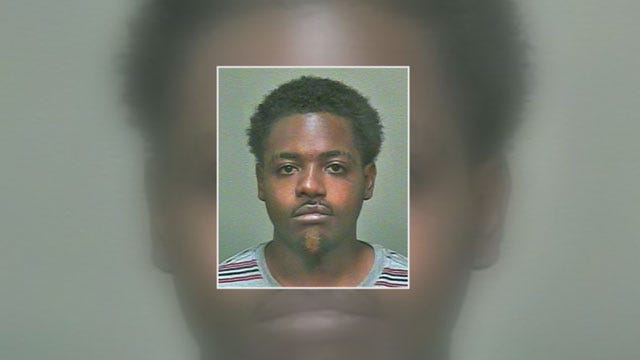 A metro mother spoke out about her son who police said tried to break into a home after the homeowner gave him money out of the kindness of his heart.

But Stephens' family said his issues go much deeper than this incident.

"The Derek I know is a fun loving joyful kid that was always friends with everybody not an angry person," said Derek's mom.

But earlier this week, 24-year-old Derek Deshon Stephens was angry.

He left his cell phone at home. His mom, who didn't want to be identified, last saw him Sunday morning.

That afternoon, Stephens ended up in Mesta Park, where he came across homeowner, Robert Boren.

Boren gave Stephens money and a ride at Stephens' request.

But Stephens returned to the Boren home the next day and demanded more money, his car and a gun.

Boren refused and Stephens started destroying Boren's home, shattering windows to gain entry before being chased off by neighbors.

"And you've never seen anything like this from him before?” News 9's Justin Dougherty asked.

“Beforehand, before he left, no. But he was gone for five and a half years," said Derek's mom.

He was gone, not in jail, but in the United States Army. He served a year in Iraq.

Stephens returned home Nov. 2013 and his mom said he had been diagnosed with Post-Traumatic Stress Disorder (PTSD).

But it wasn't until this April when things got worse and he started having several encounters with police.

The encounters included walking in the street naked and just standing inside the Devon Tower.

His mom said she feels his PTSD mixed with his use of synthetic marijuana or K-2 is to blame.

"He thinks nothing is wrong with him," said Derek's mom.

And she said she has tried to get him help.

"It's hard. I try not cry but I cry all the time when he's not around," said Derek's mom.

She said she worries that these uncharacteristic actions could be the end to his life.

"I'm sorry that he did that to them and that's not the Derek I know. In the right state of mind he would have never done that," said Derek's mom.

We spoke with Boren after speaking with Derek's mother and he said he hopes Derek gets the help he needs, but that's no excuse for the terror Derek caused.

Authorities said Stephens is currently in jail on attempted burglary in the first degree. His mom said she doesn't have any plans to bail him out because she feels jail is the safest place for him, given his mental state.