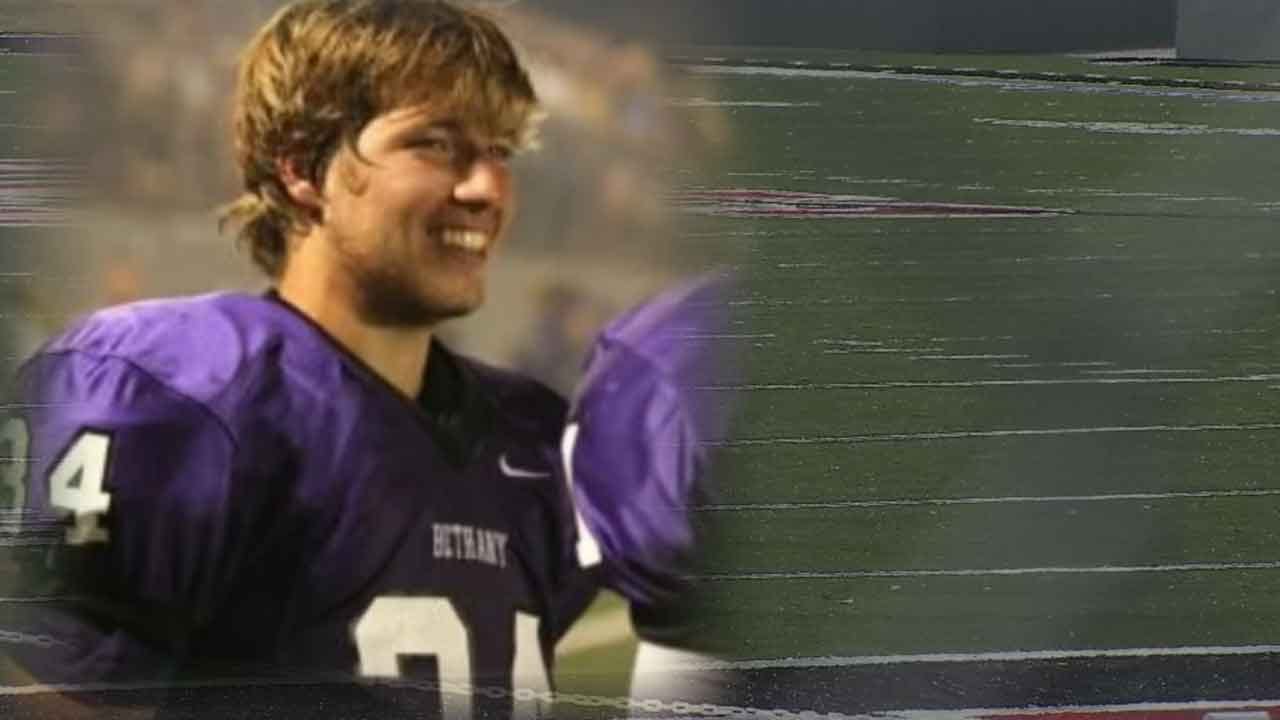 Family of Bethany football player Hudson Haws say they are praying for a miracle. Haws remains in critical condition after suffering a spinal injury during Friday night’s game against Blanchard.

“It was scary because he wasn’t moving and we just knew it was bad,” said Janna Rothwell, a close friend of the family.

Then the praying started.

“I’m overwhelmed by the support we’ve received and the prayers that have flown to us and supported us,” said Tim Haws, Hudson’s father.

At OU Medical Center, Haws underwent surgery and it was discovered he had damaged two vertebrae in his neck and one in his back.

“We was [sic] fully aware that he was seriously injured. And since he’s my son, when he looks in my eyes I know what he’s thinking,” said Tim.

A vigil Sunday night brought teens from across the city together. Many were from competing schools. In addition to football, Haws also played bass in the orchestra.

“Obviously, today is a very tough day, as kids are on campus and for the first time in a school setting, and they’re walking the halls without Hudson Haws,” said Kent Shallenberger, Bethany’s superintendent.

Making things more difficult for those at school: Tim Haws is an administrator there.

“We hurt for a student that goes to our school. We also hurt for one of our employees’ children,” said Shallenberger.

Hudson’s father says his son can now move his hands and Monday afternoon he was removed from the ventilator. Still the prognosis is unclear.

“OU medical has great surgeons and I’m waiting for them to tell me they’ve done everything they can do because the great physician is going to step in and he’s going to finish this up for us,” said Tim.

The family says they are just waiting now for the swelling to go down.

“I’m asking everybody of faith to pray for my son,” said Tim.

There are several fundraisers planned to support the family planned for Friday night’s game including a dinner and T-shirt sale.

Learn more information about how to help the family and to keep track of Hudson’s progress.