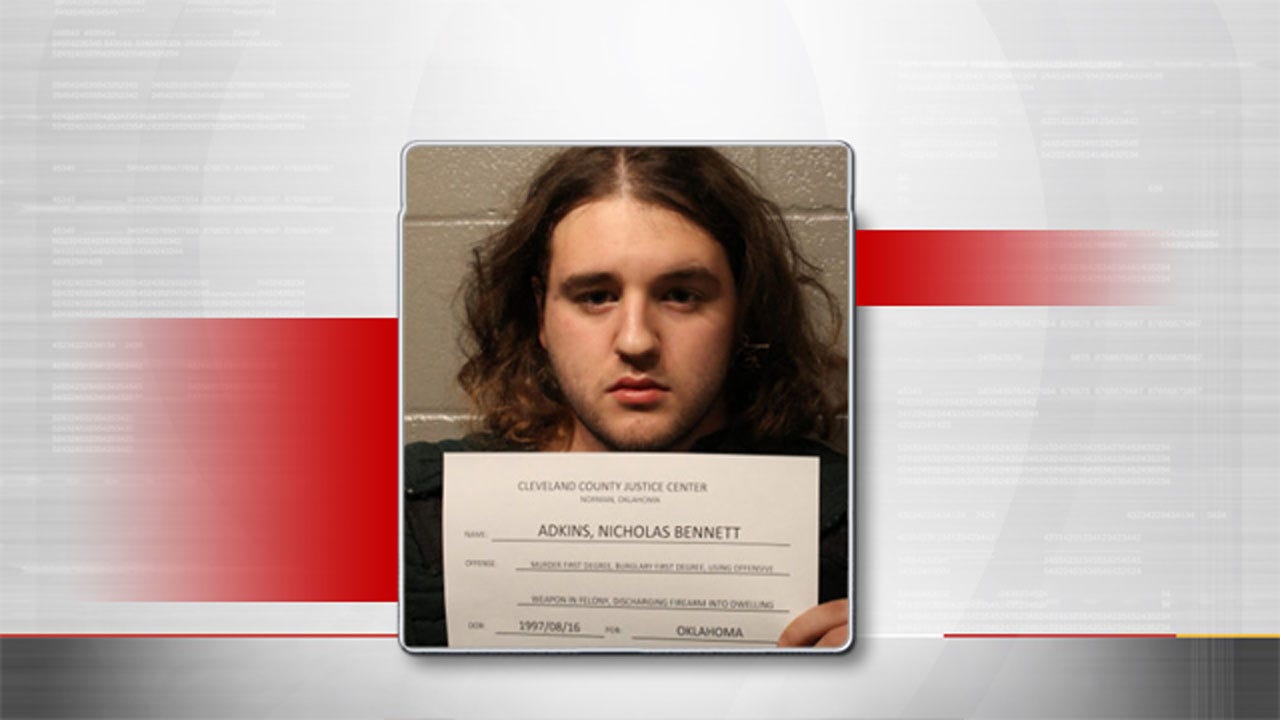 Two suspects are now in custody in connection to a deadly home invasion in Cleveland County, Oklahoma, in February.

The incident happened on Saturday, February 13 in the 1000 block of 192nd Avenue NE in Newalla. When officers arrived, they learned it was a home invasion committed by multiple suspects.

According to the Cleveland County Sheriff’s office, a woman who lives at the house hid in the closet while her husband armed himself. He then shot and killed one suspect, later identified as 18-year-old Derek Stewart. He had to be identified through a composite sketch.

Cleveland County deputies, Pottawatomie County deputies and US Marshals worked together for three weeks in the investigation. Wednesday night, News 9 learned that authorities arrested a 18-year-old Nicholas Adkins in Shawnee, and a 17-year-old suspect in Tecumseh.

Detectives continue to investigate this incident. More arrests are possible. Investigators urge anyone who has information about the crime to call the CCSO tip line at (405)-701-8870, Crime Stoppers at (405)-701-8872, or people may send anonymous tips using the Cleveland County Sheriff’s Office mobile app. Callers may remain anonymous.