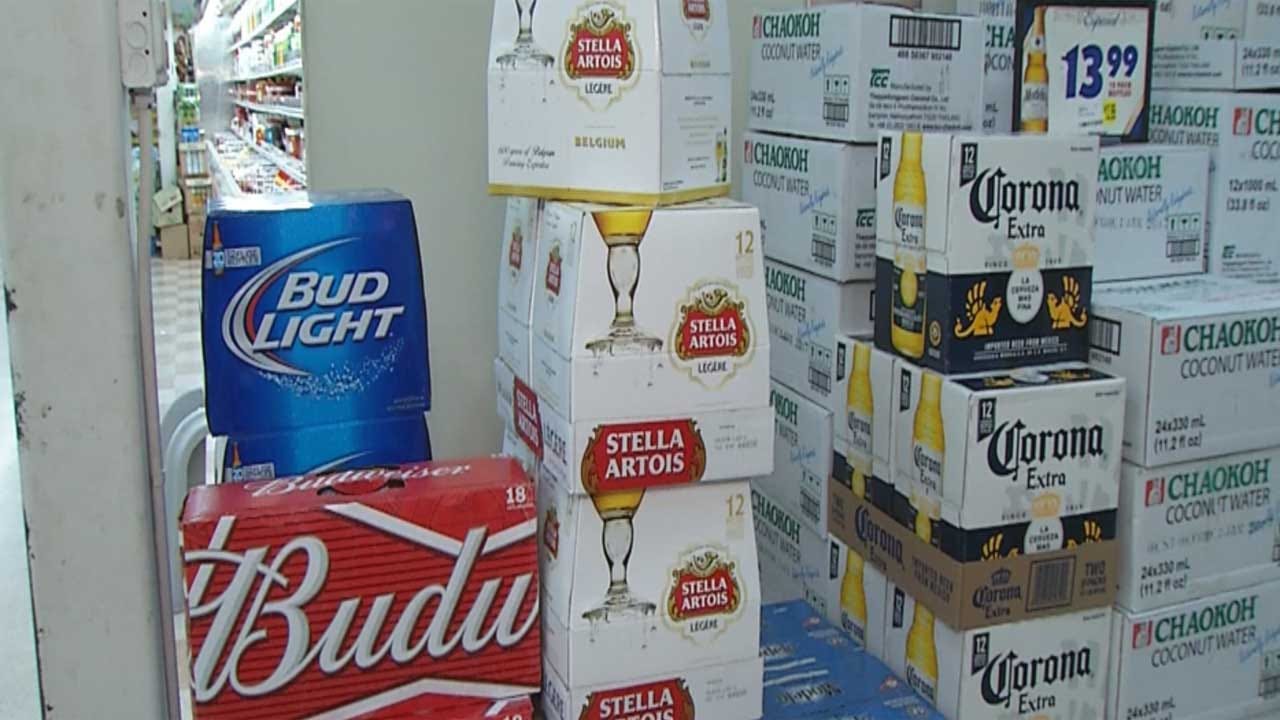 A state House of Representatives committee this week is expected to hear a bill that would allow voters to decide whether wine and full strength beer can be sold in supermarkets and convenience stores.

Those changes scare Hancock. He's owned Freeman's Liquors for about 18 years but the place has been in business since 1959.

Now, the legislature is considering a bill that would allow voters to decide whether supermarkets and convenience stores should be able to sell wine and full strength beer.

Oklahoma is one of only five states in the country that still require grocery stores to sell 3.2 percent beer.  Backers say it's all about convenience.

"People will actually be able to just walk into a grocery store like we’re in now and grab a bottle of wine, grab their beer instead of having to go anywhere else, travel or anything else,” said Tyler Moore with Oklahoman’s for Consumer Freedom. “Modern convenience is the biggest aspect to this.”

Ba Luong owns Super Cao Nguyen Market in Oklahoma City. He said the new law would allow him to sell the types of wine and beer that complement the food he sells.

“As an international grocery store, if the laws get changed what I’d like to do is to offer an assortment of international beers and wines that people would come in for and pick those up as they’re doing their grocery shopping,” Luong said.

But opponents fear it will put a lot of small, ma and pop liquor stores out of business while bigger businesses cash in.

“I think Walmart and Anheuser-Busch and Quick Trip and 7-Eleven, and it's all big money versus little money,” Hancock said.

If the bill fails in the legislature, backers are planning a petition drive to have the measure placed on the November ballot.