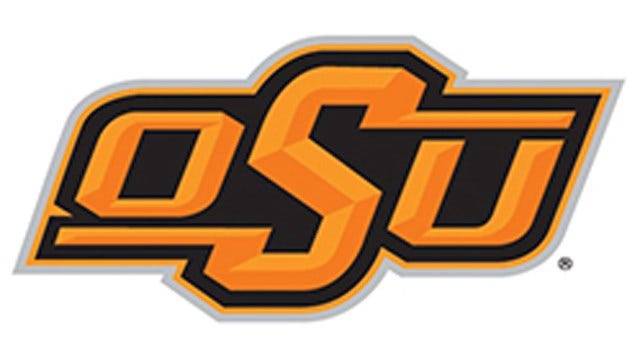 Oklahoma State clinched a series win over Texas with a Saturday doubleheader sweep at UFCU Disch-Falk Field as the 18th-ranked Cowboys picked up a 3-0 victory in the opener before a 6-3 triumph in the nightcap.

With the wins, OSU improved to 27-15 overall and moved into second place in the Big 12 Conference standings with an 11-6 mark. The Cowboys are tied with TCU – which they defeated in a series last weekend – in conference play, while league-leading Texas Tech is 13-4.

Saturday saw a number of impressive pitching performances by the Pokes, but none better than the gem tossed by Thomas Hatch in the opener.

The sophomore right-hander was masterful in recording his second-straight shutout, becoming the first Cowboy pitcher since Andrew Heaney in 2012 to toss consecutive shutouts.

For the second consecutive outing, Hatch allowed just five hits – all singles – while striking out six and walking only one to improve to 4-1 on the season. He also extended a streak of not allowing an earned run to 26 1/3 innings dating back to his April 8 start against Texas Tech.

Texas threatened to get to Hatch in its first at bat, putting runners on the corners with one out on two singles in the first inning. But the Cowboys’ ace would induce the first of two ground ball double plays in the contest to get out of the jam.

The game remained scoreless until the fifth. Dustin Williams led off that inning with a walk, and a sacrifice bunt and error put Cowboys on first and second with no outs. Following a sac bunt by Collin Theroux, J.R. Davis brought home OSU’s first run with an RBI groundout.

OSU took the 1-0 lead into the ninth, but a two-out rally gave Hatch some insurance. Jon Littell got things started with a single, and after Theroux was hit by a pitch, Davis ripped an RBI single through the right side to score pinch runner Garrett McCain. The Cowboys would plate two on the play as an error in right field allowed Theroux to score from first and make the score 3-0.

In the bottom of the inning, Texas got a leadoff single from Travis Jones, who eventually advanced to third with one out following a stolen base and passed ball. The Longhorns would then bring the tying run to the plate following a two-out walk, but on his 117th pitch of the game, Hatch retired Joe Baker on a groundout to seal the win.

The nightcap saw OSU jump on the Horns early. Davis led off the game with a double and later scored on an error, and a two-out RBI single by Ryan Sluder gave the Cowboys a 2-0 advantage.

But Texas tied the score against OSU starter Jensen Elliott, scoring runs in each of the first two innings against the freshman right-hander.

The game remained knotted at 2-2 until the sixth when the visitors seized momentum with a three-run rally.

Corey Hassel got things started with a leadoff double into the left-center field gap, and after stealing third, he scored the go-ahead run on Donnie Walton’s RBI single against a drawn-in UT infield.

After the Cowboys moved runners to second and third with no outs following a two-base error on a fly ball by Garrett Benge, Sluder drove in his second run of the contest with a sacrifice fly to make it 4-2. Up next, Andrew Rosa picked up an RBI on an infield single after ripping a ball off UT pitcher Ty Culbreth.

The Longhorns cut into the OSU lead in the seventh, getting an RBI infield hit from Jones to pull to within 5-3 and threatening more.

But with the bases loaded, Tyler Buffett came up clutch on the mound to limit the damage. After falling behind in the count to Kacy Clemens 3-0, the Cowboy closer battled back and struck out Clemens on an 11-pitch at bat to end the inning.

The Cowboys would get the run back in the eighth on an RBI bunt single by Theroux, and Buffett kept UT off the scoreboard over the final two frames to earn his eighth save of the season.

Elliott picked up the win in the nightcap, improving to 6-2 with a five-inning effort that saw him allow two runs on four hits while striking out four. Michael Mertz worked 1 2/3 innings and also struck out four before yielding to Buffett, who picked up three strikeouts over the final 2 1/3.

Davis and Walton each finished with three hits on the day, with Walton extending his career-long hitting streak to 15 games, going 1-for-4 in the opener and following that with a 2-for-4 effort.

The two teams close out the series Sunday at 1:30 p.m. as OSU goes for its third Big 12 series sweep on the road this season.