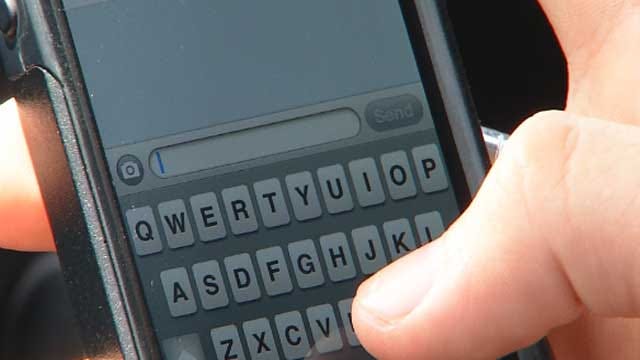 Driving with a cell phone in your hand is already illegal in California, but lawmakers have come up with another bill to convince drivers to keep their eyes on the road.

California has some strict distracted driving laws. Currently there is a handheld ban and a texting ban for all drivers. But now, lawmakers have proposed a bill that will allow drivers to text hands-free.

Lawmakers say technology has shifted dramatically over the years, leaving a blurry line for other cell-phone related activities behind the wheel. If passed, the bill would allow texting and calls as long as the driver's phone is on a dashboard holder.

Lawmakers say it would be similar to you adjusting your radio or changing your air conditioner.

Some disagree with the proposal, stating cases where drivers used their mounted phone for directions and got into an accident.

Supporters of the bill say it will another step to help curb distracted driving.

Here in Oklahoma, it is illegal to text while driving and if you're caught doing it you'll have to pay a $100 fine.