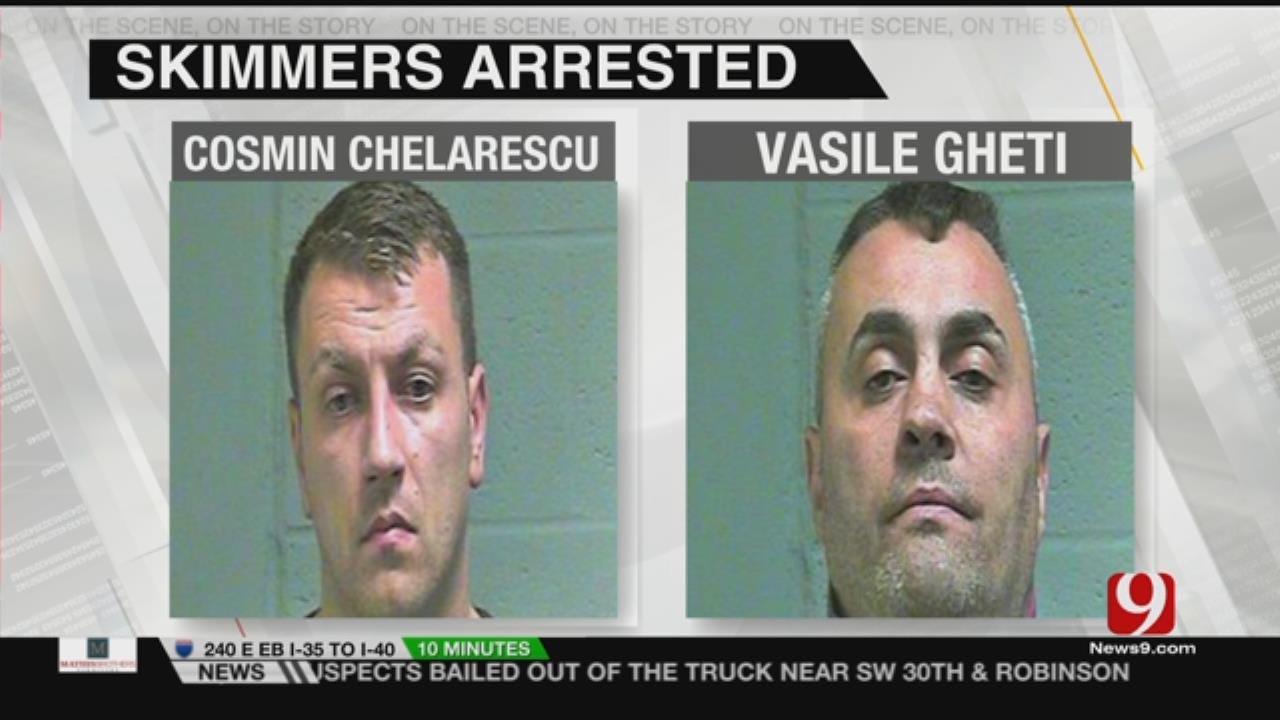 Investigators said Cosmin Chelarescu and Vasile Gheti were trying to retrieve a skimming device from a Bank of Oklahoma ATM.

Both men ran when a security guard confronted them and accidentally fired a shot. After a brief manhunt the men were arrested and found driving an out-of-state rental car, common practice in these type of crimes.

"What we are finding is that these people are part of a larger network that move across the country and they are professionals. They are honestly willing to take any measures to not be caught and to keep this going," Edmond police spokeswoman Jennifer Wagnon said.

Police are investigating how long the skimmer had been on that ATM.

Police said technology is changing and so are skimmers.

You can search for these devices by turning on your Bluetooth. If you see a long line of numbers and letters, there's a good chance there's Bluetooth skimmer nearby.