Trump Announces That The U.S. Recognizes Jerusalem As Israel's Capital 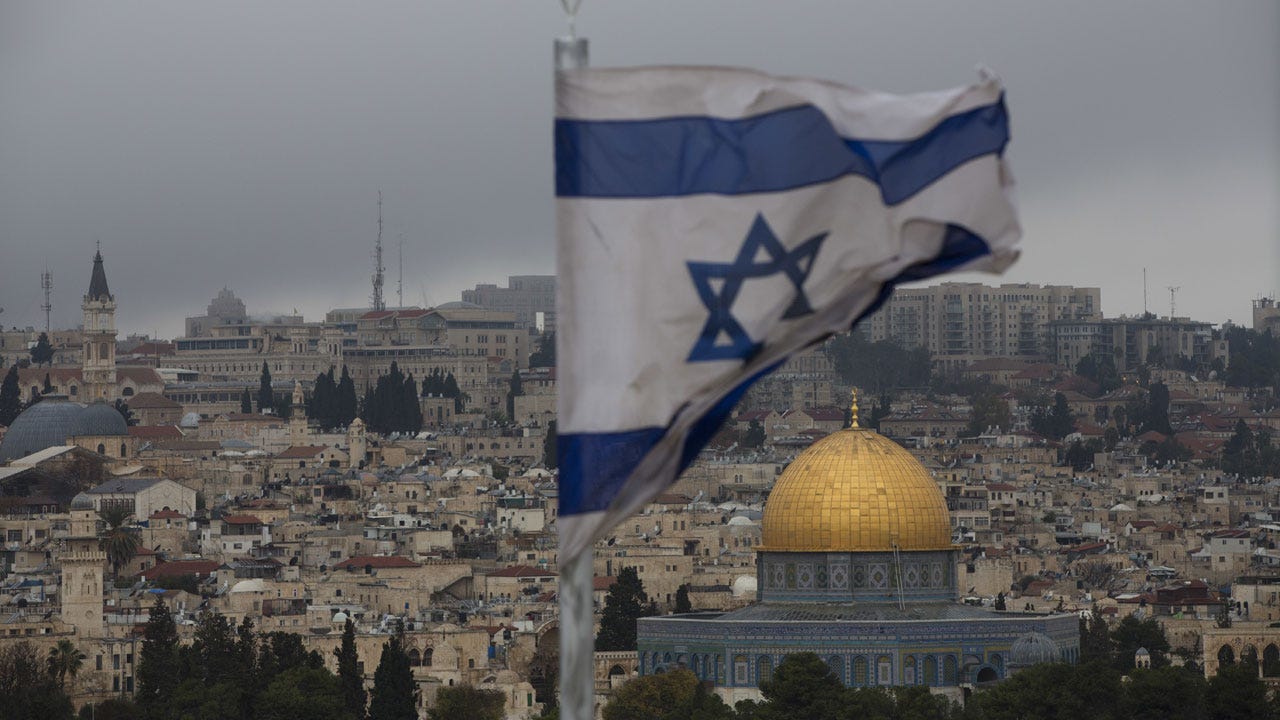 In an unprecedented move, President Trump announced on Wednesday that the U.S. recognizes Jerusalem as Israel's official capital, an action that is likely to inflame the Middle East and the Arab world.

"I have determined that it is time to officially recognize Jerusalem as the capital of Israel," the president said in a statement from the White House Diplomatic Reception room just after 1 p.m. ET, which was 8 p.m. in Israel, with Vice President Mike Pence by his side.

For more than two decades, Mr. Trump said that previous presidents have signed a waiver to delay moving the U.S. embassy in Israel from Tel Aviv to Jerusalem, but said that "we are no closer to a lasting peace agreement between Israel and the Palestinians."

"While previous presidents have made this a major campaign promise, they failed to deliver," he said. "Today, I am delivering."

Mr. Trump said that he also directs the State Department to begin the process of moving the U.S. embassy from Tel Aviv to Jerusalem, but he will sign a waiver that will delay the move in order to avoid significant funding cuts, senior administration officials said before his statement. Officials said that it was not possible to move the embassy to Jerusalem immediately, however, and it could take "a matter of some years."

"This is not an instantaneous process," one official said.

In explaining the decision, which breaks with longstanding U.S. foreign policy, Mr. Trump said that the Israeli government is based in Jerusalem and not Tel Aviv. "Today, we finally acknowledged the obvious -- that Jerusalem is Israel's capital," he said. "This is nothing more, or less, than a recognition of reality."

The president dismissed the idea that moving the embassy to Jerusalem interferes with the peace process. "We are not taking a position of any final status issues including the specific boundaries of Israeli sovereignty in Jerusalem or the resolution of contested borders," he said. "Those questions are up to the parties involved."

"We're profoundly grateful for the President for his courageous and just decision to recognize Jerusalem as the capital of Israel and to prepare for the opening of the US embassy here. This decision reflects the President's commitment to an ancient but enduring truth, to fulfilling his promises and to advancing peace," Netanyahu said. "The President's decision is an important step towards peace, for there is no peace that doesn't include Jerusalem as the capital of the State of Israel. I share President Trump's commitment to advancing peace between Israel and all of our neighbors, including the Palestinians."

Netanyahu also called on other countries "to recognize Jerusalem as Israel's capital and to move their embassies here."

Mr. Trump added that his administration is reaffirming its "longstanding commitment to a future of peace and security" between the Israelis and Palestinians. He called for "calm" and "moderation" in the wake of his formal announcement. The president said that Pence would travel to the region "in the coming days."

Ahead of the statement, the Palestinian Authority warned the president's decision would have repercussions and issued its own statement saying that there would be "dangerous consequences" for the peace process and stability of the region and the world.

The Palestinian delegation to the U.S. even canceled a planned Christmas party that was scheduled for Wednesday on Capitol Hill.

During the 2016 campaign and throughout his administration, the president promised to move the U.S. embassy from Tel Aviv to Jerusalem. In March 2016, he told the pro-Israel lobbying group AIPAC, "We will move the American embassy to the eternal capital of the Jewish people, Jerusalem. And we will send a clear signal that there is no daylight between America and our most reliable ally, the state of Israel."

Efforts to move the embassy from the coast of Tel Aviv to the holy city have surfaced periodically since at least the early 1980s. President Reagan and his secretary of state, George Shultz, opposed the move. Lawmakers later passed the Jerusalem Embassy Act in 1995, signed into law by President Clinton, which authorized the U.S. to move the embassy to Jerusalem by 1999 with one caveat -- the president could indefinitely delay the move by signing a waiver every six months, citing national security concerns. In June, Mr. Trump signed the waiverfor the first time in his presidency, delaying a move of the embassy to Jerusalem.

The latest deadline to sign the waiver was Monday, but the White House has not yet said whether he signed it.

For 70 years, the U.S. embassy has been based in Tel Aviv -- along with embassies of almost all other countries with relations to Israel -- because the U.S. has wanted Israeli-Palestinian peace negotiations to determine the final status of Jerusalem. The United Nations' original partition plan from 1947 on Palestine called for Jerusalem to be an international city. The U.S. government, as a result, has not officially recognized Jerusalem as Israel's capital. Palestinians have wanted the area of East Jerusalem to be included in a future Palestinian state.

To prepare for possible violence, U.S. government employees and their families are being banned by the U.S. from personal visits to Jerusalem's Old City and the West Bank.

President Trump spoke to Netanyahu, Abbas and Jordan's King Abdullah by phone on Tuesday about the decision.