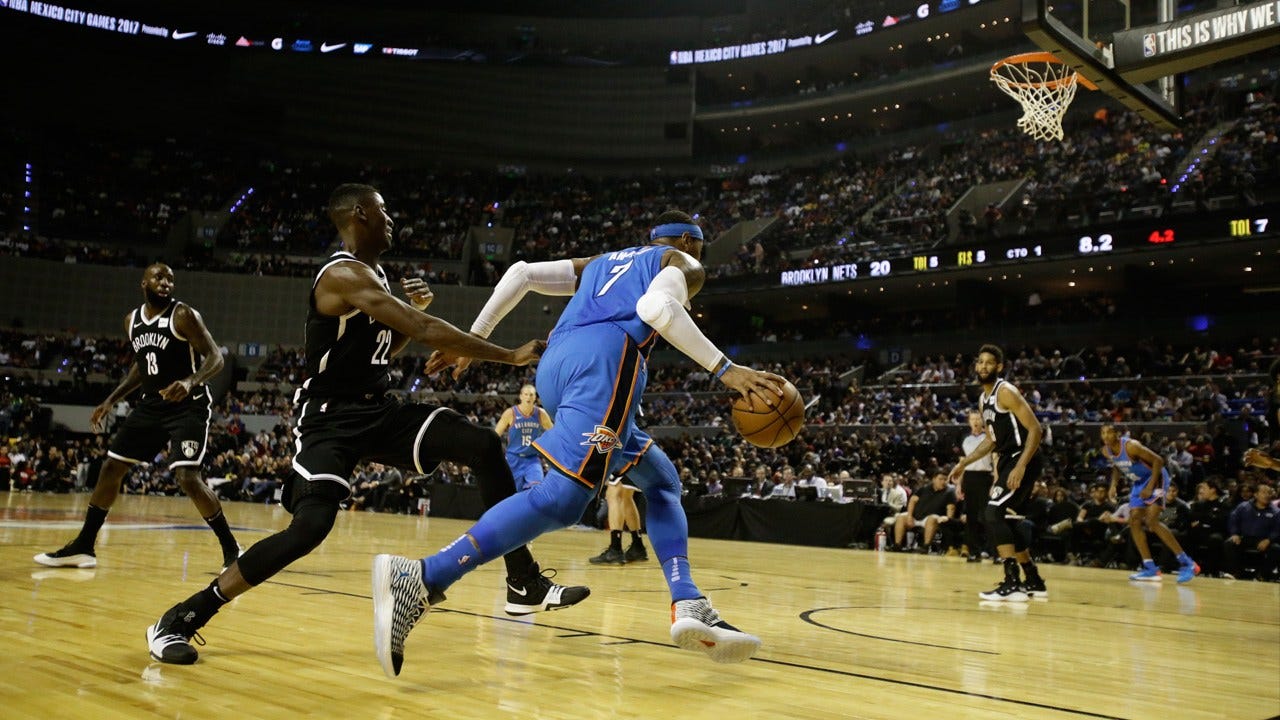 Caris Levert scored 21 points, Rondae Hollis-Jefferson had 17 and short-handed Brooklyn overcame another strong performance by Russell Westbrook to beat the Oklahoma City Thunder 100-95 on Thursday night in the first of the Nets' two games in Mexico City.

Allen Crabbe had 15 points for Brooklyn, which played without guards Jeremy Lin and D'Angelo Russell because of injuries. The Nets also traded power forward Trevor Booker to Philadelphia before the game.

The Nets improved to 10-14 with their second straight victory and third in four games. They will play the Miami Heat on Saturday at Arena Ciudad de Mexico.  The Thunder (11-13) had won three in a row.

Steven Adams added 12 points for the Thunder, and Carmelo Anthony had 11 on 5-for-20 shooting. Oklahoma City was without Paul George (right calf contusion) and Jerami Grant (left hip contusion).