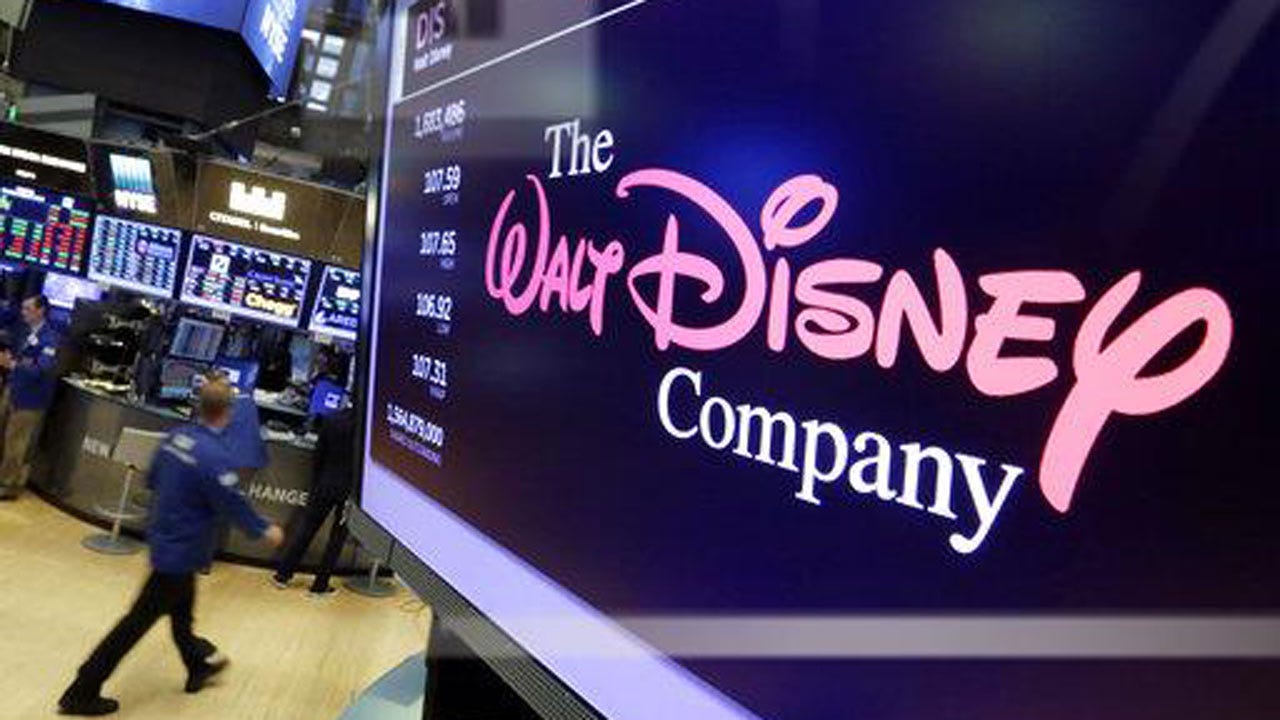 Disney (DIS) is buying a large part of the Murdoch family's 21st Century Fox (FOXA) in a deal valued $52.4 billion, including film and television studios, cable and international TV businesses, as it tries to meet competition from technology companies in the entertainment business.

The purchase will bring storied franchises such as 21st Century Fox's "X-Men" and "The Simpsons" under the same roof with Disney's "Star Wars" and Pixar films. Before Disney completes the buyout, 21st Century Fox will separate the Fox Broadcasting network and stations, Fox News Channel, Fox Business Network, FS1, FS2 and Big Ten Network into a new publicly traded media company that will be spun off to its shareholders.

The acquisition will break up Rupert Murdoch's massive media empire, which spanned assets from pay-TV channels such as National Geographic to the Twentieth Century Fox Film studio. The deal comes amid shifting consumer trends in the media industry, accelerating an "arms race" for content with online players such as Netflix (NFLX) and Amazon (AMZN), which are siphoning off viewers from traditional media companies.

"We believe the assets we are acquiring -- the cable channels, sports networks -- are fully complementary with our plans to go to direct to consumer," Robert Iger, CEO of Disney, said in a conference call to discuss the acquisition. "We think that this basically fills in the blanks for us."

Fox and Disney are among the big media businesses that have sought to offer a rival to Netflix. They are among the co-owners of the Hulu streaming network, whose "Handmaid's Tale" won the Emmy award this year for best dramatic series, along with Comcast (CMCSA) and Time Warner.

The acquisition will provide Disney with a controlling stake in Hulu, which Iger said will play an important role in the company's direct-to-consumer plans.

"Having control of it will allow us to expand in the space and become a more viable competitor to those that are already out there," Iger said. "Managing Hulu becomes more effective, a little more clear, with a controlling shareholder."

Iger said he recognizes that the deal will face a close look from regulators. "We know it'll receive a significant amount of regulatory scrutiny," he said.

But Iger also expressed confidence that "regulatory authorities will look at it from a consumer point of view. They should conclude that the aim is to create more high-quality product for consumers around the world and deliver it in more innovative ways."

A raft of media and telecommunications mergers has created industries dominated by a handful of large rivals, raising concerns among both consumers and regulators. Last month, the Department of Justice sued to stop AT&T's (T) proposed $85.4 billion acquisition of Time Warner (TWX), saying the merger would harm competition, lessen innovation and result in higher costs for consumers.

Disney is buying most of 21st Century Fox for $52.4 billion - CNNMoney https://t.co/hurkKmWqfZ

On social media, some consumers expressed concern about the size of Disney's deal with 21st Century Fox and how many media assets Disney would control. Richard Painter, the chief White House ethics lawyer for President George W. Bush, speculated that Disney's ABC might need to "go easy" on criticizing President Donald Trump in order to avoid regulatory hurdles.

Still, one analyst said he believes the merger will receive antitrust clearance.

"We think this horizontal deal would pass regulatory approval as contemplated with Fox retaining its sports, news and broadcast networks," wrote Alan Gould, an analyst at Rosenblatt Securities, in a research note on Thursday morning. "Now would be the ideal time to strike while Comcast and potentially Verizon are sidelined awaiting the results of the AT&T/Time Warner litigation with the [Justice Department] over their proposed vertical merger."

Rupert Murdoch, 86, has in recent years handed off much of the day-to-day management of his businesses to his sons, James and Lachlan Murdoch. But the future role of James Murdoch, the CEO of Fox, isn't clear at Disney, with Iger saying he'll continue to discuss "whether he has a role here or not" as the acquisition progresses.

Kristen Weaver The mother of one of two Welch girls who went missing 20 years ago is afraid she is going to die before she gets the answers she so desperately needs.
View More Stories