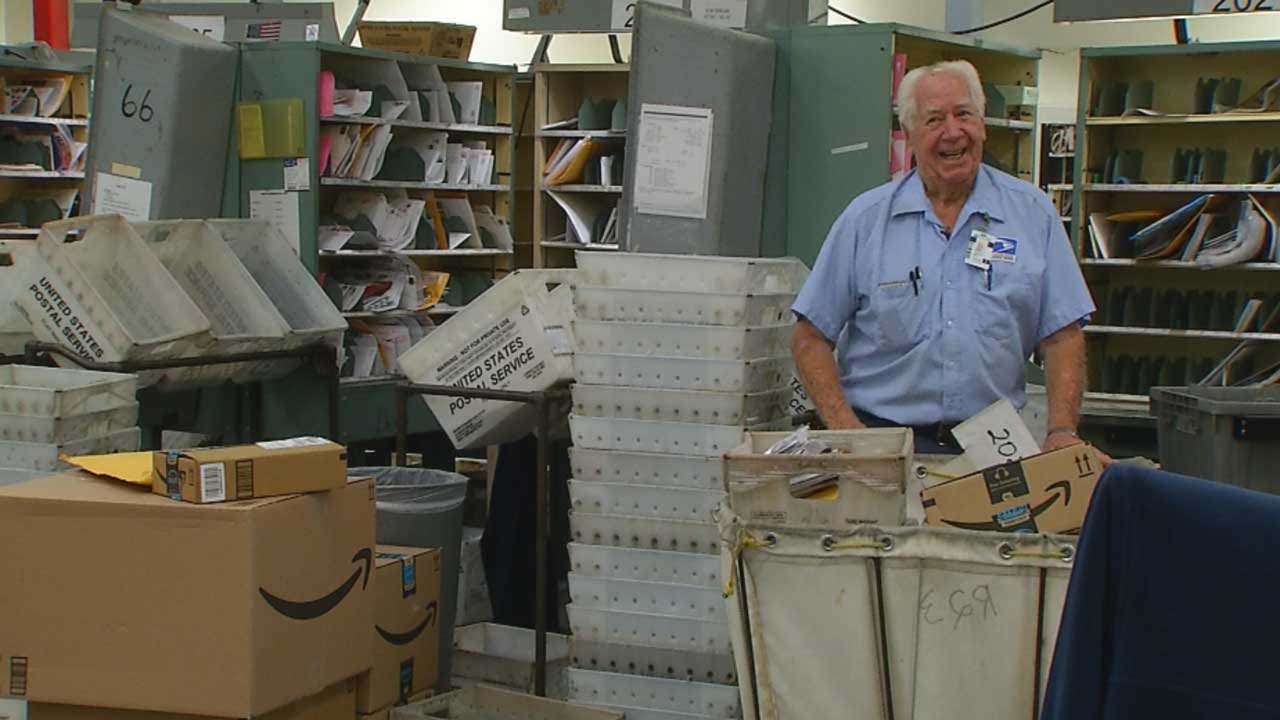 This has been an extremely busy week for the US Postal service.

But one letter carrier in OKC has been answering the call the week before every Christmas since the Eisenhower administration.

Johnnie Bell joined the USPS in 1956 after serving in the Navy and still works at the downtown OKC post office.

“I'm going to tell you the truth. I like my job and its gives me something to do 8 hours a day. It keeps my mind operating,” says the 85-year old.

“I was making $1.81 an hour,” says the great grandfather about his starting wage. At that time stamps were just $.03.

Bell remembers taking a city bus just to deliver the mail and has been bit just two times by a dog on his route.

January marks 62 years of loading up and shipped out, rain, sleet, or snow in Oklahoma City.

Bell is the longest serving letter carrier in the nation, yet has no plans of retiring.

”I've been blessed. I'm going to tell you something. I mean that with all my heart,” adds Bell, who says he’ll probably work until the say he dies.