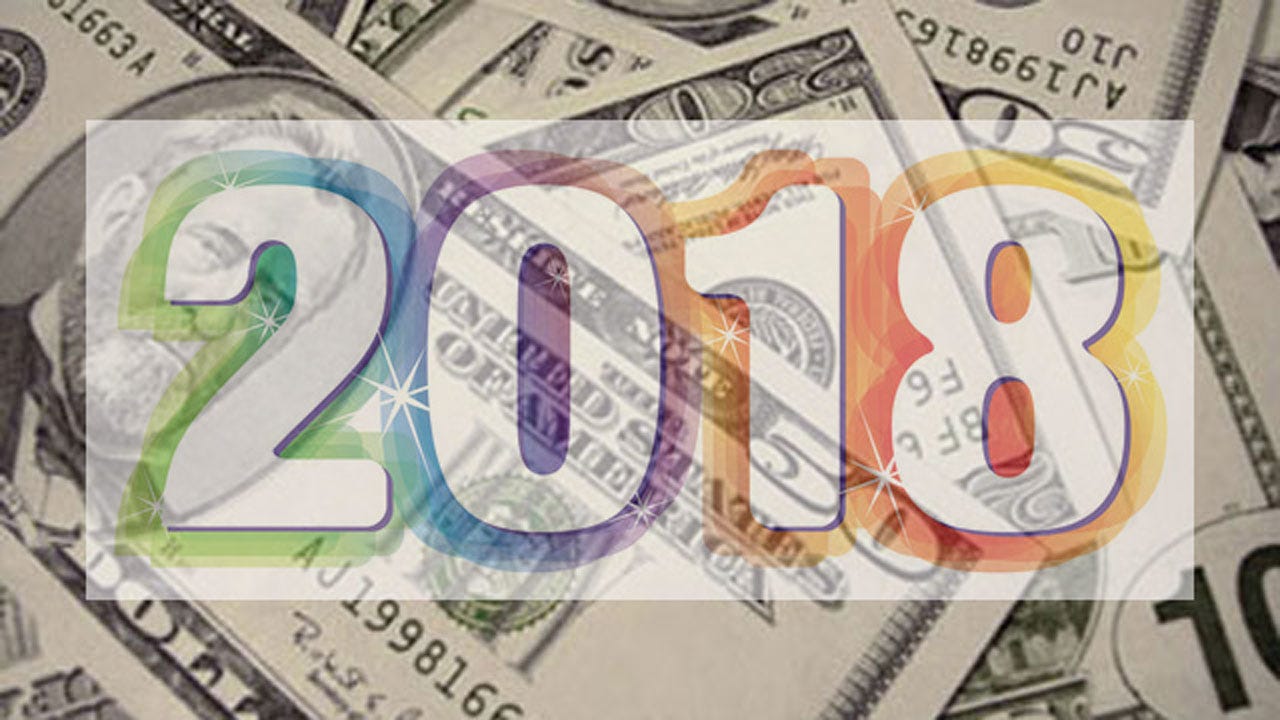 Sorry, deal hunters, but in 2018 you'll likely see price increases that will hurt your pocketbook. Fortunately, the first step to avoiding high prices is to be aware of them. This lets you put off purchases or look for more economical alternatives.

So let's run down the list of products and services that are likely to be pricier in 2018, from luxuries like your favorite tech gadgets to essentials like groceries and medicine.

The problem isn't that the technology is getting more expensive -- it's that smartphone makers increasingly add high-end (and pricey) new features to lure us into tossing out our old phone for the newest model. (Just look at the iPhone X's impressive OLED display as an example.)

Unfortunately, if you want the latest and greatest, paying nearly $1,000 for a new smartphone is becoming the norm. Our advice? Last year's model is probably good enough, and a heck of a lot cheaper.

With the number of streaming video services you need to keep up with your favorite shows, the costs can be as high as those for the cable-TV packages they were meant to replace. And while prices for these services have been fairly standard -- most ranging from $10 to $15 per month -- the increasing number of options can be a burden on your wallet.

In fact, there are already over 200 subscription video services -- and the number of services is likely to grow in 2018 and beyond. Disney (DIS) has announced it will pull its content off Netflix (NFLX) and instead launch its own streaming services for Disney and ESPN. (Don't panic quite yet, though, because you'll still be able to see the current catalog of Disney films on Netflix through 2018.)

And Disney is hardly the only company jumping into the streaming video market. Just this year, Comcast started offering its own broadcast network streaming subscription for $18 a month, and streaming newcomer Philo launched a sports-free collection of cable favorites for $16 a month. As streaming media continues to be a hit, expect more must-have services to pop up -- as well as price increases on your current favorites.

Bad news, vacationers. Airfare prices are expected to rise 3.5 percent and hotel prices are expected to rise 3.7 percent in 2018. The average vacation cost for a family of four runs around $4,580, which means you could tack an extra $150 or so onto your annual vacation budget. (However, the budget-minded traveler can get away for a lot less: Driving instead of flying and staying with family instead of booking a hotel can really stretch your cash.)

Some vacation destinations will have big price jumps in 2018, too. The National Park Service has proposed more than doubling entrance fees to certain parks and has already increased the price of its senior pass by 700 percent. Plus, Disney and Universal theme parks have hiked up their rates this year, which seems to have become an annual tradition. Over the past decade, Universal Studios Hollywood has raised rates by 88 percent, while Disneyland has raised rates by 67 percent -- and neither are likely to stop.

But not all price hikes are created equal: The largest jumps are for international travel, with Asia and Europe expecting the biggest price increases. Considering international vacations already cost five times what domestic vacations cost, that could mean shelling out a lot of cash.

Construction costs were already on the rise, but after major hurricanes hit Texas and Florida this year, prices have jumped. Rebuilding is likely to take years, and the resulting demand for supplies and labor could affect costs nationwide. It doesn't help that the anticipation of a new duty on Canadian lumber pushed lumber prices up by 22 percent before hurricane season began.

Groceries (at least some of them)

Grocery prices have (mostly) been down lately, with beef, eggs, and dairy products seeing notable drops. However, the government's Consumer Price Index estimates prices for groceries will rise by 1 percent to 2 percent in 2018. For some products, prices could spike higher. For example, poultry prices are expected to go up due to supply issues. And avocados, which were on our price hike list for 2016, are still getting more expensive.

But some grocery prices may actually be on the decline. Amazon's (AMZN) recent acquisition of Whole Foods -- a store whose high prices mean it's sometimes called "Whole Paycheck" -- has led to slashed prices on certain items. Beyond Whole Foods prices falling, we may see cuts on other organic products in the highly competitive grocery industry.

Health care costs can be exceedingly complicated because as insurance plans regulate what consumers actually pay for their medications. However, the costs of prescription drugs -- particularly brand-name prescription drugs without generic alternatives -- are skyrocketing, increasing by 18 percent annually. Since drug patents last 20 years, customers may have to pay those premium prices for a long time.

Brand-name medications to treat cancer, life-threatening allergies and other serious conditions can cost tens of thousands annually, and price increases show no signs of stopping. On top of high prices, some insurers won't pay for certain medications or any brand-name medications -- and if they do, co-pays or co-insurance costs are typically higher. Combine that with the fact that that high-deductible insurance plans (which pay for nothing until you reach the elevated deductible) are becoming more common, and medication costs can be staggering.

The silver lining is that generic-drug costs are staying steady or falling, but that won't help if a name-brand option is all you have. Still, be sure to ask your doctor about generic medications to save.

Food is getting more expensive, so it's no surprise that eating out is getting more expensive, too. The CPI predicts that the cost for food away from home will go up by 2 percent to 3 percent this upcoming year. That's a problem for both restaurants and your wallet: Increased prices mean people spend less cash eating out, which can mean restaurants need to increase prices even more to stay afloat.

The only relief on your budget? Stay in for dinner, because even with grocery prices on the rise, they shouldn't go up as much as restaurant prices.

In 2018, rates at private colleges could go up by more than 4 percent, while funding cuts to public universities could result in even more dramatic increases.

This article originally appeared on DealNews

Bonnie Campo October marks the beginning of the respiratory syncytial virus, or RSV, season. The disease can be extremely serious and even deadly for babies.

Kristin Wells Whether it was fresh (and nostalgic) jerseys, the reminder of program greats, or just the excitement to be on the field in 2020, it was a team that felt a little more alive today.
View More Stories