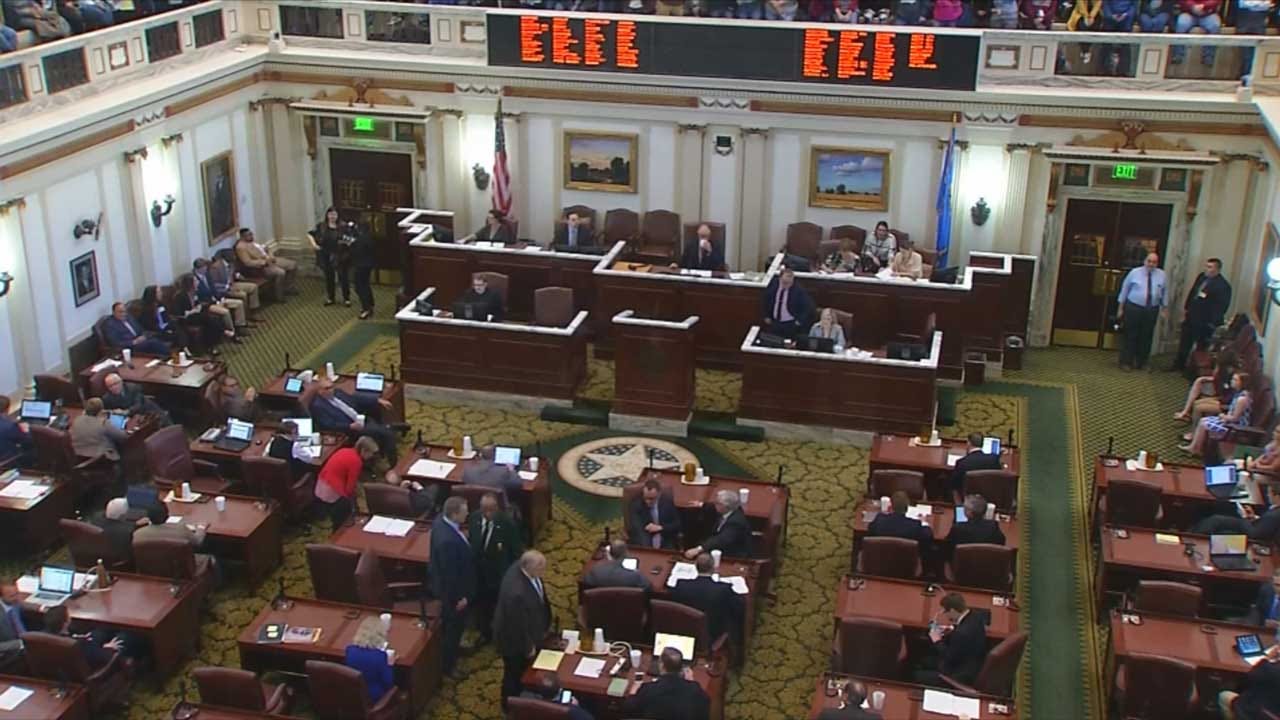 The online tax revenue bill allows the state to collect sales tax from third party vendors that don’t have brick and mortar stores, like Amazon. That measure, along with “ball and dice” legislation, could possibly be heard in the Senate as early as Thursday, April 5.

Still some lawmakers say it’s not enough to fund education.

“A lot of people want the teachers to go away, to go home, throw them a bone and say ok, we did something. You’re welcome, go back to the classroom,” said Rep. Emily Virgin (D).

Previously, this tax revenue was slated to go directly to the state. However, a newly filed amendment by Rep. Scott Inman, secured funds for one-year from the tax revenue to go towards education. Still, he says the numbers don’t add up, and schools will be in danger again if schools give up now.

The online revenue tax passed with overwhelming support, 92-7. Those across the aisle say it’s money that’s always belonged to the state, and it puts brick and mortar stores at a disadvantage if not signed into law.

“This is not a new tax, these are taxes currently owed to the state,” said Rep. Kevin Wallace (R).

A woman confronted Rep. Inman after the vote, face to face. She wanted to see the proof behind claims he made on the floor stating that the online revenue bill won’t cover an education budget shortfall. She worries neither he or Wallace are sharing the facts.

“You’re going to have to earn the teachers trust back. We need to compare numbers and I need to see who’s right and who’s wrong.”

Other teachers say they’ll be back again Thursday, and hopefully lawmakers will put the money where their mouths are.

Reporter: “Still a long way to go? Are we half way there, or what?”

“It’s hard to say, I don’t know you can say at this point, which is why we will be back tomorrow,” said Shannon Brunk, Norman teacher.

The OEA considers today a victory saying “Together, these two measures will nearly double the increase in funding for Oklahoma students."