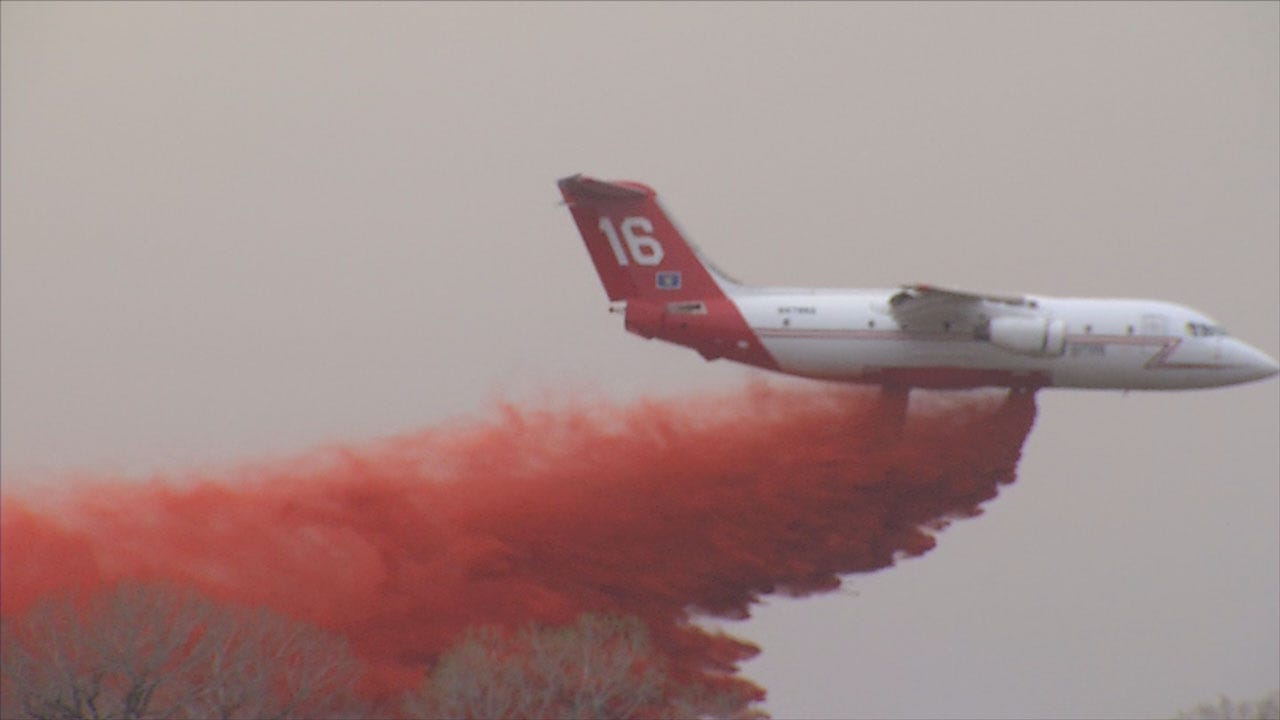 The Rhea fire spreading across Dewey County exploded from 82,000 acres Friday morning to more than 241,000 acres by Saturday morning. There is still no end in sight.

“FedEx just pulled up here and said we have seven pallets of water,” says one EMT who is providing support to the firefighters there.

So many donations have poured in to the Taloga department that the EMTs and ranchers on site were able to deliver the vital resource to areas that had run out, like Oakwood. The fire spread to that eastern Dewey County town Saturday morning and started encroaching upon the homes of Jeff Baker and his brother, who have lived on their 55 acres of land all their lives.

“We got all our important stuff out of the house and we sat up here and waited on fire trucks,” Baker says.

As the flames reached within 200 feet of the buildings, planes and helicopters descended and firefighters stood ready to protect the structures. Baker says, “I’ve never seen nothing like it in my life. I’m glad they’re here. They’re doing a terrific job.”

There are other families who have not been so lucky, losing houses, livestock and crops. With constantly changing winds, there is no way to predict which way the fire will head next.

Baker is trying to remain optimistic. He says, “I think they’re going to save our houses and everything, and that’s good because that’s all we’ve got.”

Firefighters and families are hoping for a break in the wind soon so they can start to get the Rhea fire under control.