How A Confederate Flag Tore A Neighborhood Apart, Before It Came Together 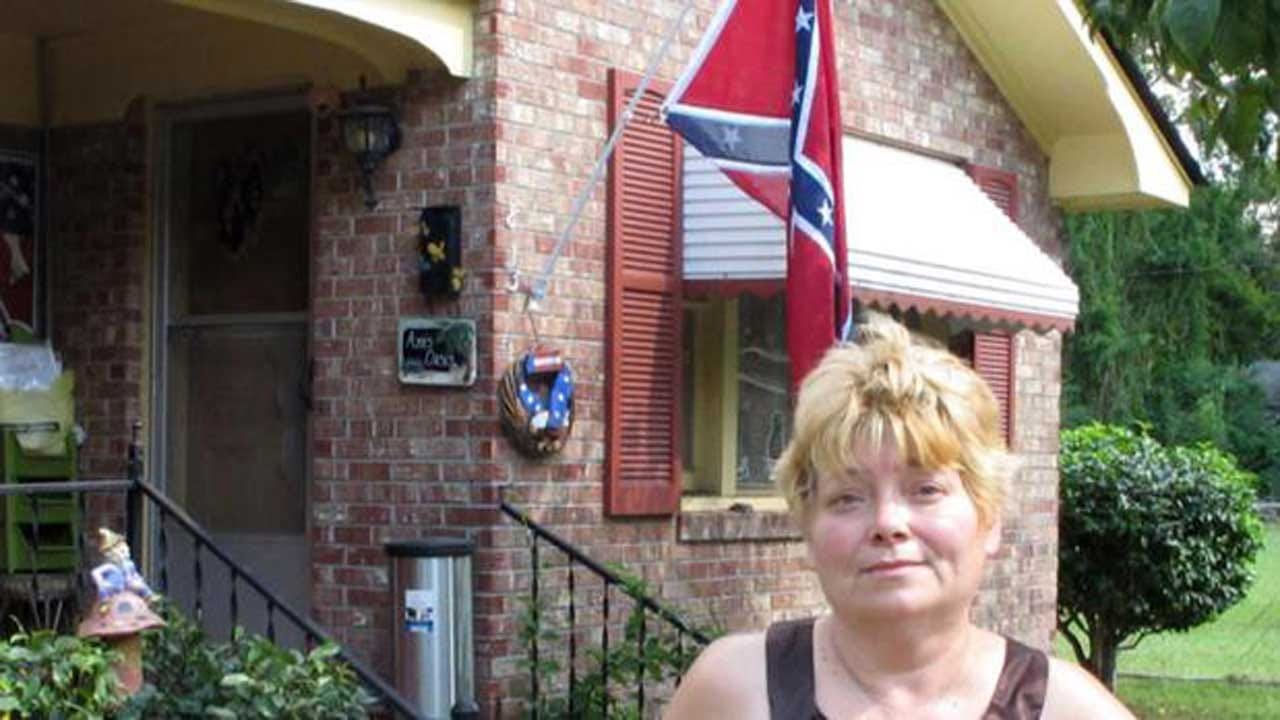 "When she came here she seemed to be very nice," said Juanita Edwards, Annie's neighbor. "A little while later she started putting up Confederate flags."

"Once you get my hackles raised I don't back down," Annie said.

Eventually the war settled into a stalemate, of sorts. There were no more marches, no bigger walls, no taller flag poles -- just a quite bitterness on both sides, until just recently, when Annie had a change of heart, quite literally.

"When you have a heart attack and you're being told you're not going to live very long, you're facing your mortality. I needed to clean up the messes that I made by being so stubborn," Annie said.

She started with one of her fiercest critics: director of the local community resource center, Louis Smith.

"She said, 'I have decided to take down the flag.' And I was like, huh," Louis said.

Not long after, she presented him with the flag. Annie said that before her health scare, she only saw the Confederate flag through her eyes – as a way to honor relatives who fought for the South. But she said that after, that argument seemed so petty.

"Sometimes it takes a serious action to happen to you before you see your actions on others," Annie said.

Since this story first aired, things have only gotten better. Last month, Annie's neighbors returned the favor by taking down the walls. It was an intensely cathartic moment.

"I feel like they welcomed me with open arms today. I have never felt so much love and care," Annie said.

In America, some of us love to build walls. But if one block of this great country shows us anything, it's that we love tearing them down even more.

To contact On the Road, or to send us a story idea, email us: OnTheRoad@cbsnews.com.

How A Confederate Flag Tore A Neighborhood Apart, Before It Came Together