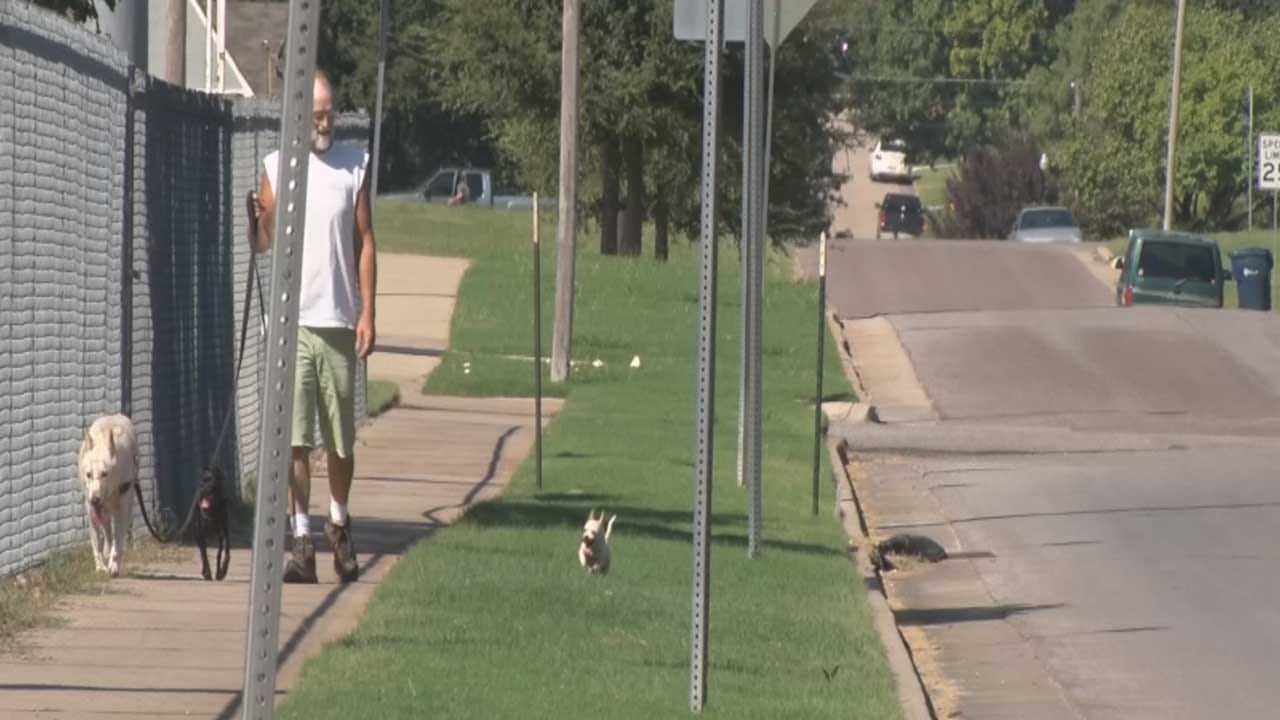 Neighbors who live on Northwest 28th Street between McKinley and Blackwelder have been coming home to empty mailboxes recently. They say mail carriers are afraid of an aggressive dog, but they are concerned about a lack of action.

Leon Toone says he was confused when he and his tenants stopped getting deliveries. “Didn’t see mail for two, three, four days, and I was like what’s going on?” he says. “I let it go for another week and then I called the Postmaster General.”

The person on the phone told Toone that several mail carriers had been attacked by the dog that lives three houses away from him, so service was halted.

Toone says, “I walked by last night just to see what dog it was, and maybe I could talk to the people, and sure enough this dog came out in the middle of the street after me.”

Toone says the dog charged at him three separate times to keep him off the property, as children played in the yard. “I took my little pocket knife out because I thought I was going to have to cut him,” he says.

The dog's owner called it off, and Toone says the man promised to take care of the problem. When I knocked on the door, the dog responded, but the owner did not.

An animal welfare spokesperson tells me multiple mail carriers suffer dog bites each year, but they were unaware of problems on this block in particular. The postal service has not yet confirmed the reason they stopped delivering, but Toone's neighbors say they, too, are being forced to retrieve their mail downtown.

Toone does not have confidence much will change, based on past experiences with another neighbor. “There was a dog attack and animal welfare was called and nothing was done to the dogs,” he says, “and they still were let to run free.”

He says he understands this dog's desire to protect; he just hopes it is better secured in the future.

The Postal Service takes very seriously the safety of our employees and the safety of the communities we serve. While our letter carriers are vigilant and dedicated, occasionally we are forced to temporarily suspend mail delivery at an address (or addresses), if our employee is threatened by a vicious dog. In this particular situation, we have taken steps to address the issue and have contacted animal control.

Regarding mail service, our goal is always to restore normal service to all customers as soon as it is appropriate.