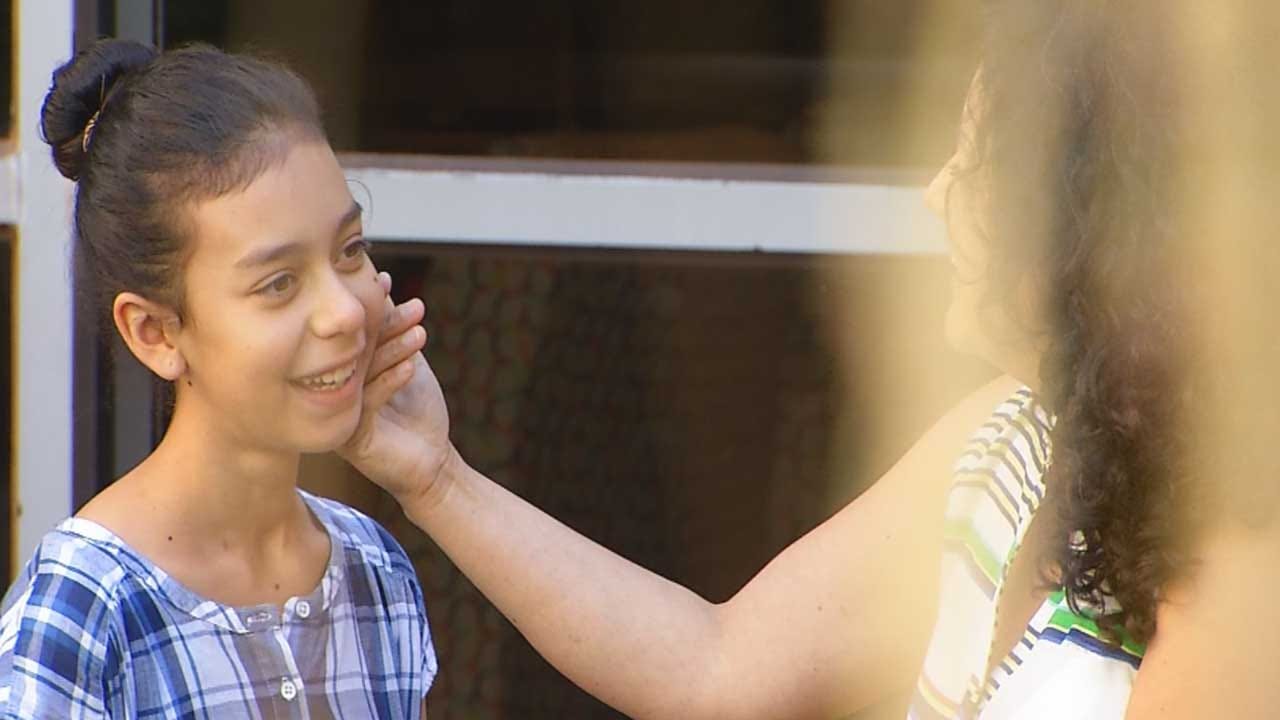 A metro doctor has proved the Oklahoma standard extends way past state lines.

Maria Arias, of Ecuador, suffered from severe scoliosis which gave her a large curve in her back.

“She was in a lot of pain. It was really hard for her to be sitting, laying down. Everything was difficult,” said Maria’s mom Ana Arias.

Ana was told the wait for her daughter’s surgery was two and half years. Her daughter’s condition was only getting worse.

“It was really sad. I could not help her,” said Ana.

Dr. Lewis heard about Maria through the organization “World Pediatric Project” and thought he could help.

Dr. Lewis has seen the struggles some countries have with modern medicine. For a year, he moved his entire family to Nicaragua to teach other doctors.

“Her’s had really progressed far past what we would allow a child’s curve to progress,” said Dr. Lewis about Maria’s condition.

Not only did Dr. Lewis perform the surgery successfully, but she and her mom stayed with the surgeon and his family for weeks while recovering.

Both families credit their faith for bringing them together.

“For those things to come together, it’s not happenstance. It’s not an accident,” said Dr. Lewis.

“I feel great,” said Maria, who plans to take dance classes in one year after being forced to quit dancing three years ago.

Maria and Ana head back to Ecuador Friday.