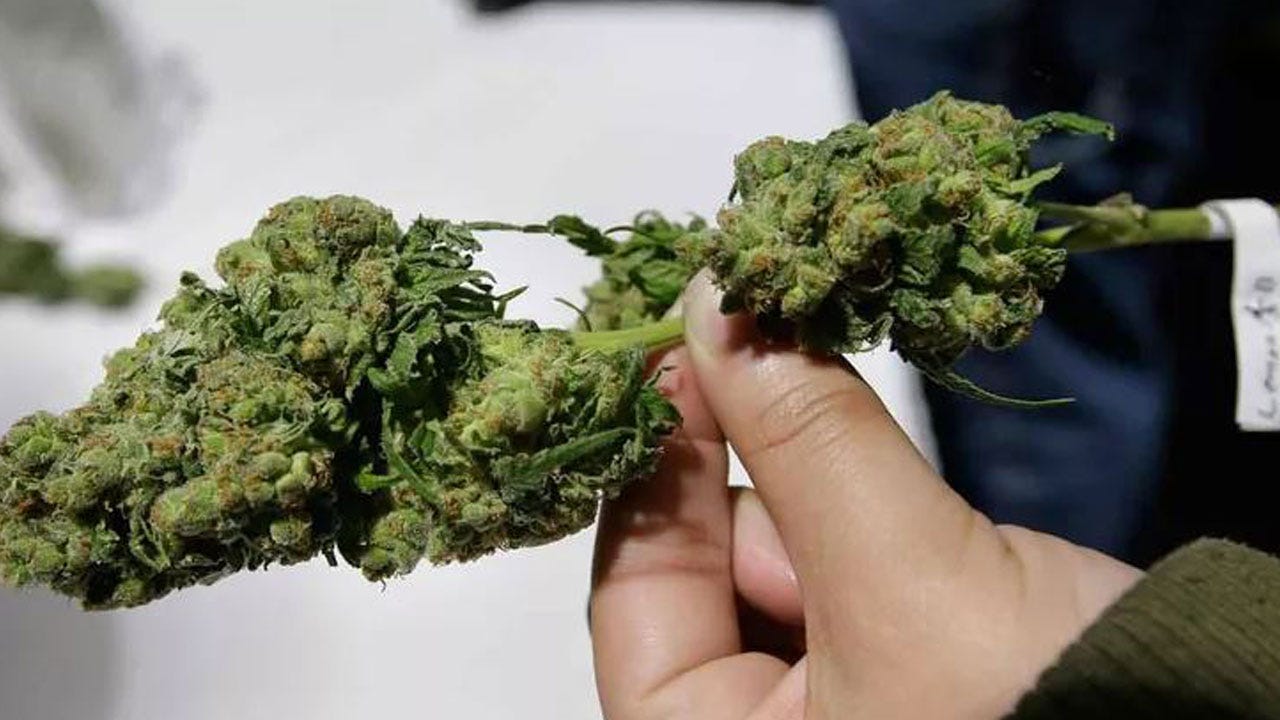 “Western and northeastern states have led the way on legalizing marijuana, but the victory in Michigan powerfully demonstrates the national reach of this movement,” said Maria McFarland Sánchez-Moreno, executive director of the Drug Policy Alliance, in a statement. “With such overwhelming public support for marijuana legalization, even including majorities of Republicans and older Americans, there’s only so long that the federal government can continue to hold out.”

Canada, Michigan’s neighbor to the north, legalized marijuana sales for adults in mid-October, which added pressured for Michigan to pass recreational use, too.

In Missouri, three marijuana-related initiatives were on the ballot. Each of them legalized growing, manufacturing, selling and consuming marijuana and marijuana products for medicinal use at the state level, but differed in terms of how they tax marijuana and the freedom each gives potential home growers.

Amendment 2, the measure that passed, will tax marijuana sales at 4 percent, with the proceeds funding veterans health care programs. Of the three, it was the only proposal that allowed for home-growing of marijuana.

"Thanks to the unflagging efforts of patients and advocates, Missourians who could benefit from medical marijuana will soon be able to use it without fear of being treated like criminals," said Matthew Schweich, deputy director of the pro-legalization Marijuana Policy Project. "There is near-universal support in the U.S. for providing seriously ill patients with legal access to medical cannabis. Most voters, regardless of their age, geographic location, or political persuasion, recognize the medical benefits of marijuana and believe it should be available to those who can benefit from it. Now that more than 30 states have enacted comprehensive medical marijuana laws, it is time for Congress to step up and address the issue at the federal level."

Out West, Utah has a complicated relationship with marijuana use when it comes to the Church of Jesus Christ of Latter-day Saints, which is hugely influential in the state. More than 60 percent of the state’s 3 million residents are LDS members.

Prop. 2 had strong support in the weeks before the election. But then the LDS church starting running radio ads warning that medical legalization is the first step toward full legalization, which is at odds with a faith that teaches its followers to stay away from alcohol, coffee, tobacco and illegal drugs.

Under Utah law, lawmakers are able to amend or repeal voter-approved ballot measures, so the LDS church and proponents of Prop. 2 reached an agreement before the election that will amend the language to state that residents are banned from growing their own weed while trying to establish a state-run medical marijuana distribution network. Smoking marijuana will likely remain illegal, but sick people could be able to eat cannabis-infused foods or use vape pens.

Schweich at the Marijuana Policy Project, previously told USA TODAY, “There's a lot of voters who support marijuana in principle but didn't want to go in opposition of the LDS church. The important thing about Utah is that we have made a compromise.”

But North Dakota residents struck down Measure 3, according to the Associated Press. Measure 3 would have been the nation’s most permissive recreational law, allowing residents to grow, consume and possess as much weed as they want, without any government oversight.