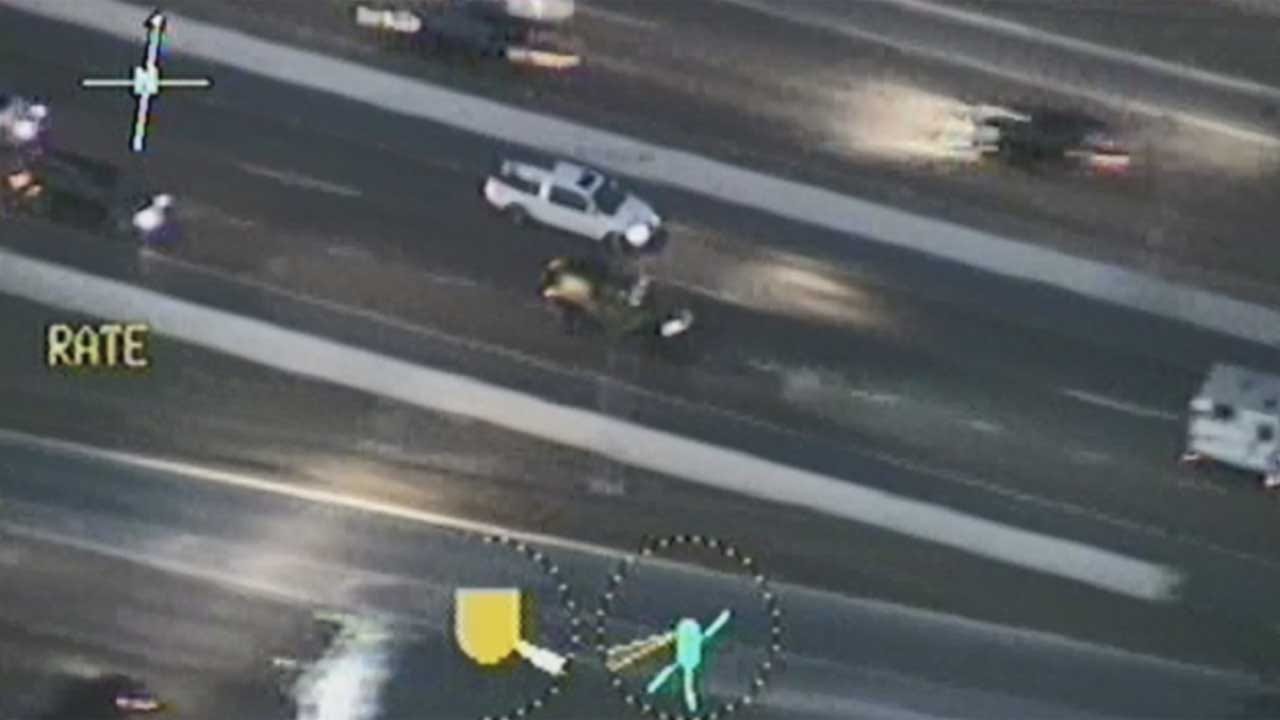 The driver behind the wheel of a white stolen truck was 43-year-old Jeremy Bartlett. His passengers were 22-year-old Talon Rusher and 41-year-old LaDawna Beene.

Police were notified last Wednesday evening that the truck was stolen and was spotted in northwest Oklahoma City. An officer caught up with the truck and followed it, even as the driver attempted to elude him through neighborhoods and onto the highway.

Air 1 started tracking the truck as it was traveling eastbound on Interstate 240. The truck lost a tire as it crossed over to Interstate 35.

Air 1: “He’s pulled over to the side of the road and looks like he may be ready to bail out. Just between Midwest Boulevard and Douglas. Subjects on the ground running south. He’s running south.”

The person on the ground was Rusher. He took off through a thick wooded area but was quickly spotted by officers on the ground.

When questioned why he ran the report states Rusher told officers, "He was scared of police.” And when asked if he knew the truck was stolen, he repeatedly told officers, "I wasn't driving."

Meanwhile, the driver and the woman surrendered to police by the truck.

The driver told officers he did not stop because he knew he would go to prison for the stolen truck.

All three suspects were arrested on city warrants. The driver faces a number of complaints stemming from the chase.