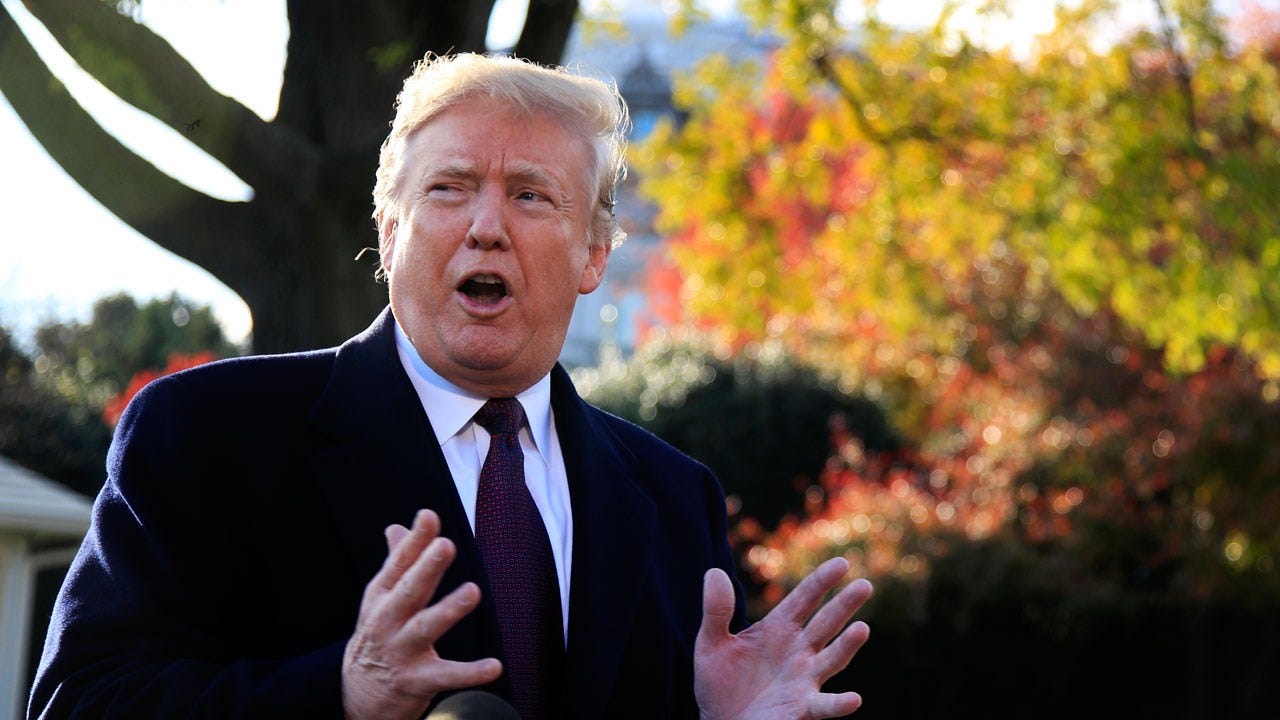 Democratic Rep. Adam Schiff of California, who is poised to become chairman of the House Intelligence Committee in January, said President Trump faces the "real prospect of jail time" after leaving the White House.

"My takeaway is there's a very real prospect that on the day Donald Trump leaves office, the Justice Department may indict him — that he may be the first president in quite some time to face the real prospect of jail time," Schiff said on "Face the Nation" Sunday.

Schiff referenced a court filing by the U.S. attorney for the Southern District of New York on Friday which recommended a "substantial" prison sentence for Mr. Trump's former attorney Michael Cohen, who prosecutors said violated campaign finance law "in coordination with and at the direction" of the president. Mr. Trump has repeatedly denied any wrongdoing.

Schiff said the court documents suggest the "president of the United States not only coordinated, but directed an illegal campaign scheme" to alter the outcome of the 2016 election. Asked if the revelations in the filings meet the standard for an impeachable offense, Schiff demurred and said more investigative work needs to be completed by the House Intelligence Committee and special counsel Robert Mueller, particularly on any possible collusion or coordination between Trump campaign associates and the Russian government.

Still, he said the separate memo by the special counsel on Cohen includes other damaging information on Mr. Trump that contradicts the president's repeated statements on the campaign trail that he had no business ventures in Russia.

"In fact they were having private conversations seeking to enlist the Kremlin's help in a project that could make him tens or hundreds of millions of dollars, a project that might need Putin's approval while they were arguing that sanctions on Russia should go away," Schiff said. "That's pretty breathtaking."

The special counsel's document, also filed on Friday, revealed new information about Cohen's attempts to develop a Trump Tower in Moscow, going back to November 2015. According to Mueller's office, Cohen had a conversation with a Russian national who offered to help Mr. Trump in political and business affairs.

"In or around November 2015, Cohen received the contact information for, and spoke with, a Russian national who claimed to be a 'trusted person' in the Russian Federation who could offer the campaign 'political synergy' and 'synergy on a government level,'" prosecutors wrote.

According to the special counsel's office, Cohen recalled the individual "repeatedly proposed a meeting between Individual-1 and the President of Russia." Mr. Trump is identified as Individual-1 in the court documents.

Pressed again if the information warrants impeachment proceedings, Schiff replied, "I think we need to wait till we see the full picture."

Schiff pledged to have Cohen testify before Congress again when he takes the gavel of the House Intelligence Committee in the next Congress. He said he's already in contact with Cohen's lawyer. "He can shed not only light on this ... one of the most intriguing bits of the sentencing memo was the special counsel's representation that Michael Cohen has evidence concerning officials at the Trump Organization," he said.

Asked if he has any assurances Cohen with be truthful to lawmakers given his admission he lied to Congress, Schiff pointed to the special counsel's memo, which outlined Cohen's cooperation with Mueller's far-reaching probe in recent months.

"I have great respect for Bob Mueller and if he feels that Cohen is confiding now honestly about it, that's a pretty good indication that's what he's doing," he said.