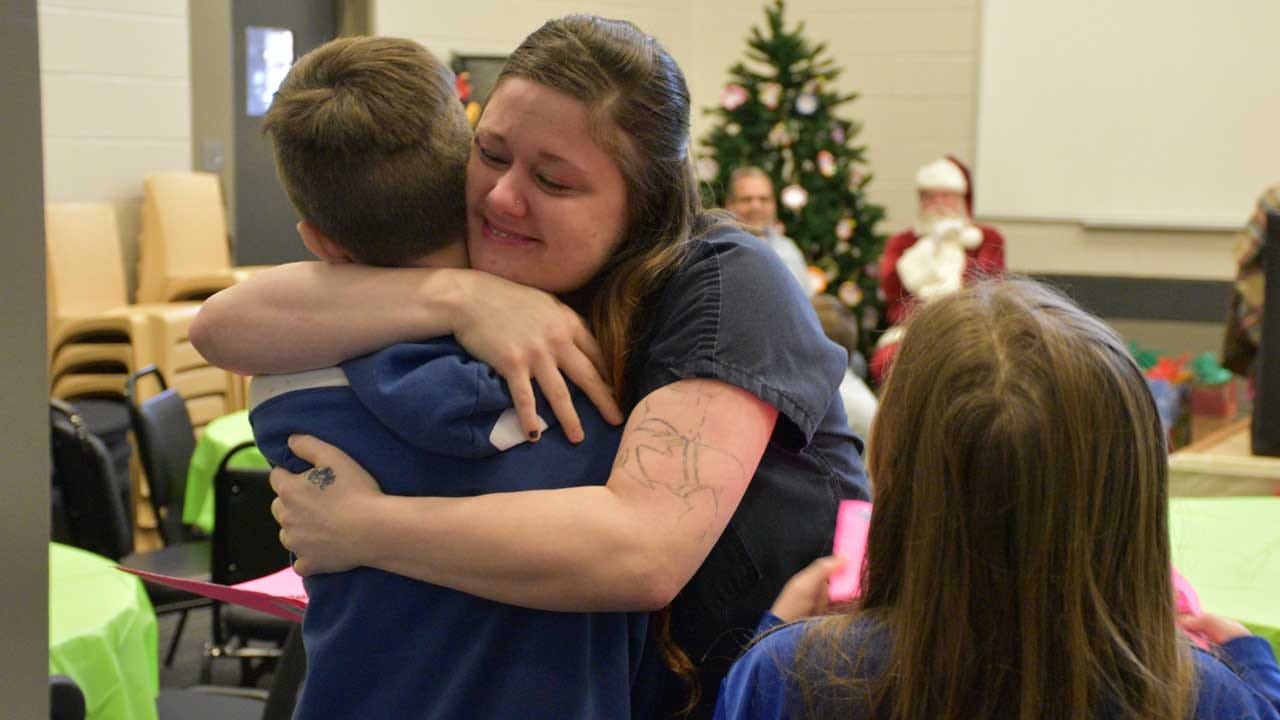 Christmas came early for three families in Cleveland County. Mothers who are spending the holidays behind bars got a special reunion with their children.

“All the way around it’s a wonderful gift and I’m very grateful,” one inmate said at the party.

The emotions were evident as these women felt their children's embrace. Gibson says the gesture means just as much, if not more, to the youngsters though.

“Between the ages of 8 and 12 are very vulnerable years,” says the sheriff. “They’re going through a lot just as kids, much less having a parent or loved one incarcerated.”

Inmates usually have no physical contact with the outside world as they await their fate, but the mothers chosen for this pilot program have had some of the longest stays at the jail.

It took months to plan the party, requiring special security measures and the help of the social worker on staff to coordinate, but the families say the result was worth it.

“Seeing him, he’s the only reason I carry on and just want to get better,” one mother says about her son.

While the three families exchanged gifts, played games and talked to Santa about their Christmas wishes, the children's guardians also got guidance on resources available to them and the mothers got a glimmer of hope.

The sheriff says, “If they go off to DOC or they ultimately wind up getting released for whatever reason, we want to make sure that we have inspired them to make a change in their life.”

Gibson hopes to expand this party in future years, and the county social worker will continue to identify inmates who may qualify.