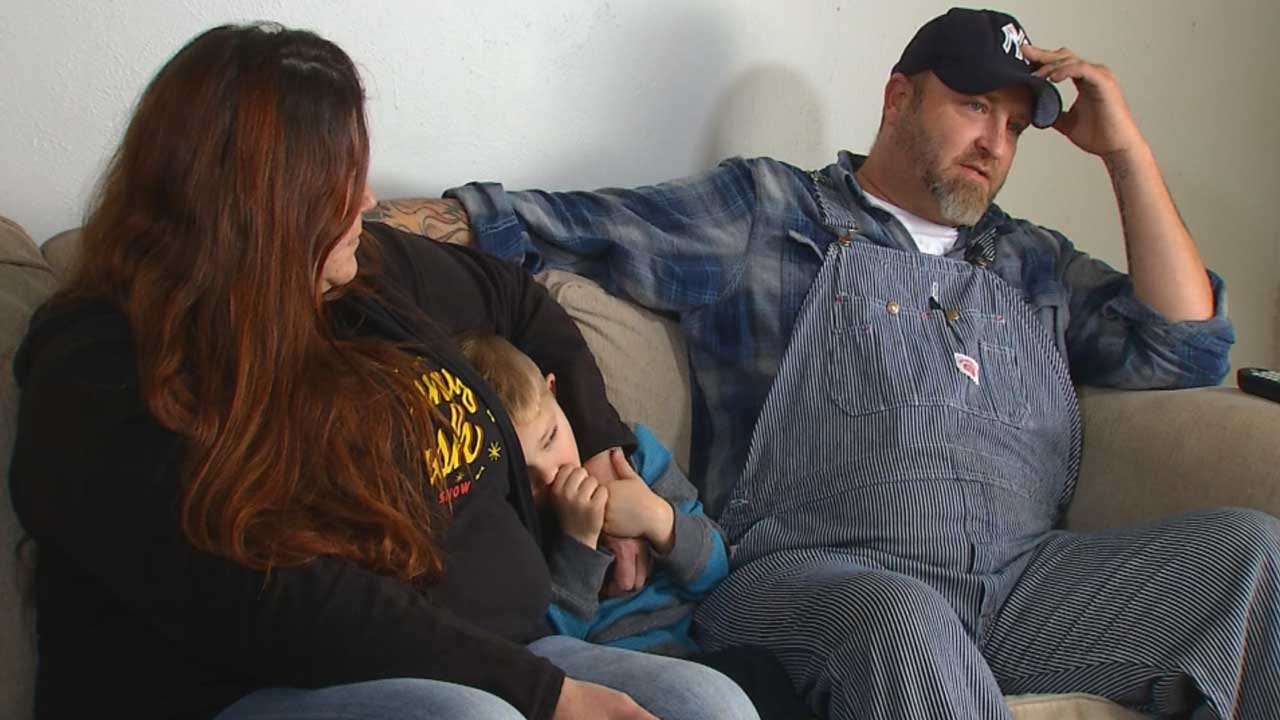 A local veteran and his family are left in the dark this Christmas. Their power was shut off just days before the holiday.

"It's just been, a little compassion would have gone a long way,” said veteran John Vanpelt.

Vanpelt and his family are lighting the Christmas tree, thanks to a generous neighbor who is allowing them to string an electrical line to his house.  It’s enough to power the tree and the fridge, not much else. There’s no heat or hot water.

Vanpelt has Crohn’s disease and back problems that prevent him from working.

"Spinal stenosis. Two bulging discs. My doctors told me that if I was to continue working or do any kind of work that that I could bend wrong and be paralyzed,” he said.

Vanpelt is also a recovering alcoholic. He admits he self-medicated with booze to ease his back pain after his doctor offered him pills.

“So, I started drinking thinking that was a safer alternative and there's no alternative," he said.

Mrs. Vanpelt works, but doesn’t make enough to pay the bills yet. Mister Vanpelt plans to pay the $1,100 he owes OG&E, but he says it will take time.

A spokeswoman for OG&E said the company has tried to work with the Vanpelts, but the family failed to make payments and turn in certain paperwork on time.

“He starts back to school next week and he's gotta [sic] be able to take a bath,” Mr. Vanpelt said, pointing to his 7-year-old son. “We can't live over here without power. I mean, not a good situation."