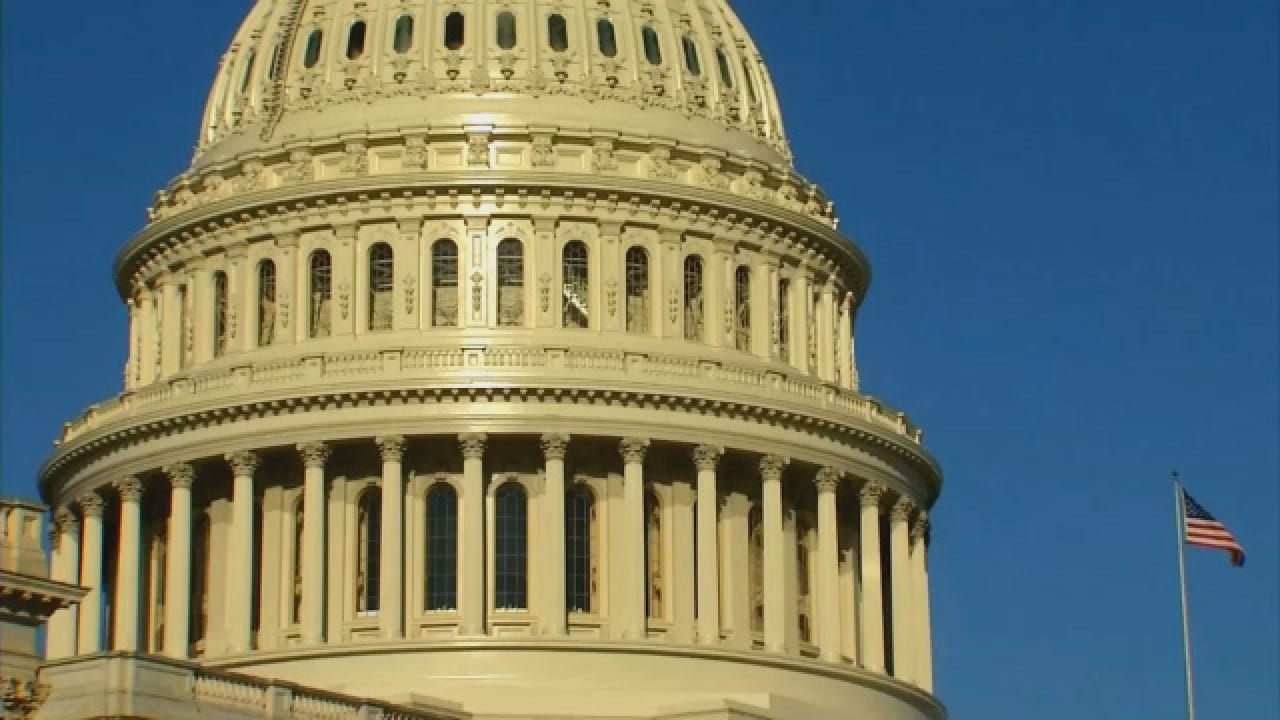 With the partial government shutdown now in its 18th day, Oklahoma's federal employees are wondering how they'll make ends meet if their paychecks don't arrive by Friday.

"It's very frustrating because to think of my grandkids. Where is their next meal coming from?” Audrey Lucas said Tuesday afternoon. She was forced to drive back to her job’s “home base” from her current work location in Ohio after learning she’d be furloughed the day after Christmas.

Lucas and her two sons work as contractors for the FAA. All three had to apply for unemployment. She gave up her home last year because her travel heavy job and is now sleeping at a friend's house as the shutdown continues.

“My closest and dearest friend offered me her couch and that's where I'm at and have been since I arrived back here in Oklahoma City is on her couch,” she said.

The federal government is the state's largest employer because of bases like Tinker. As the shutdown drags on, Oklahoma families are wondering how much more they can take.

Nearly 49,000 Oklahomans are employed by the federal government, most of them civilians on military installations like Tinker Air Force Base. But Oklahoma is also home to two airports with TSA protection, two federal prisons and a federal transfer center. Not to mention thousands of other employees currently working without pay or not working at all.

When the shutdown does end, federal employees will get backpay, as long as Congress approves it. But, contractors like Lucas usually don't get paid.

But it's not just federal employees. Oklahoma farmers and ranchers are also stuck in limbo without USDA subsidies, just before another round of crops is set to be sent to market.

“The bigger farms they can deal with [the shutdown] a lot better than the smaller farmers,” said Mike Oakley with the Oklahoma Farmers and Ranchers Association.

Oakley reiterated farmers are resilient, particularly after natural disasters or bad crop seasons. When asked if it was worse because the current problems are man-made, Oakley said, “[farmers] and I, have learned you can’t depend on man.”

Audrey Lucas had her own message for Congress and the President about the border wall at the center of this latest shutdown.

“Having a wall there doesn't pay my bills. Having a wall at this point gives me no security because I don't have a job,” Lucas said.

Only one of Oklahoma's members of Congress, Democratic Congresswoman Kendra Horn, voted for the spending bills to end the shut down last week. Those bills did not include funding for the border wall.