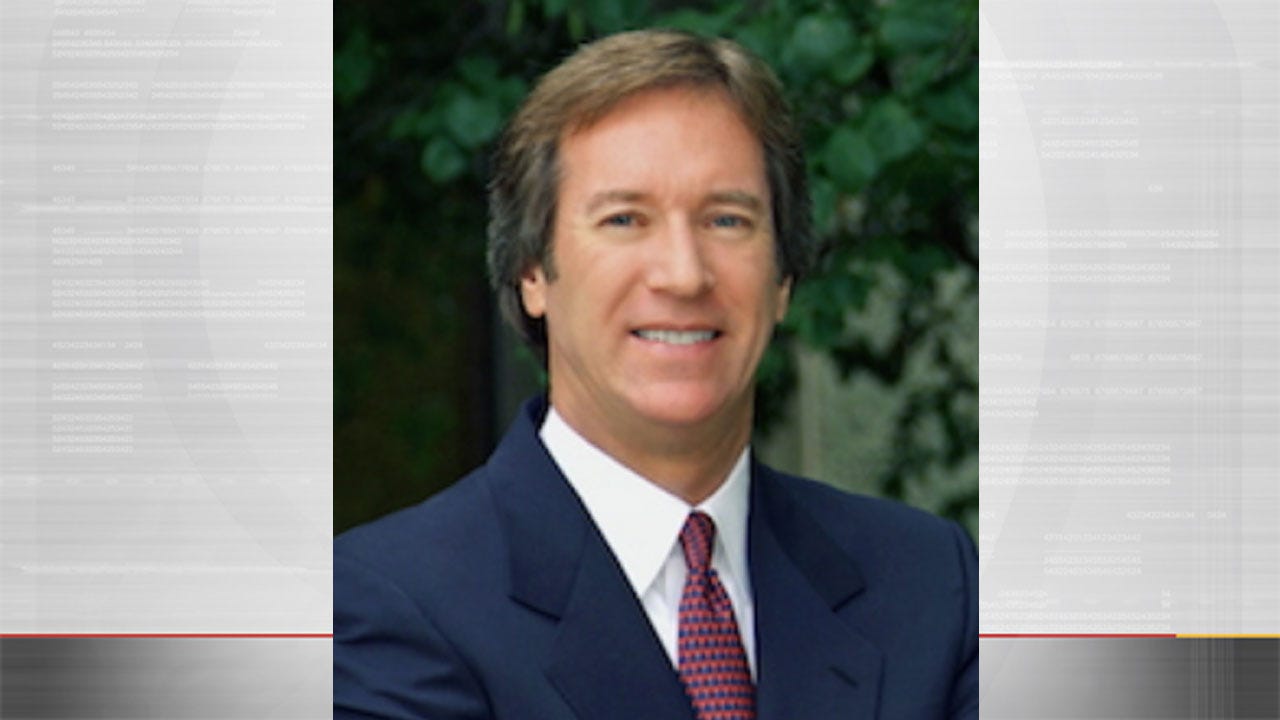 Burgess was a prominent Oklahoma businessman, Lawton community leader, as well as a member of the University of Oklahoma’s Board of Regents.

Burgess was appointed by Gov. Mary Fallin to a seven-year term on the Board of Regents in 2014. He served as the Civilian Aide to the Secretary for the Army, was the chairman of the board of Vortex, the former owner/publisher of the Lawton Constitution, and the Senior Partner of Burgess and Hightower Law Firm.

Burgess was the son of Sgt. Bill W. Burgess, Sr. and Betty Burgess. He graduated from Cameron University with a B.A. degree and received his juris doctorate from the University of Oklahoma College of Law.

Statement from Gov. Kevin Stitt:  “As the son of a Sergeant Major in the Army, Bill Burgess had a special place in his heart for our nation’s soldiers stationed at Fort Sill, and he will be remembered as a selfless servant to this community. While the people in Lawton were his first priority, Burgess was a generous giver of his time and resources to move our entire state forward. Burgess’ legacy will live on through the vital projects he supported and advocated for to advance Oklahoma’s military installations, to mentor young Oklahoma entrepreneurs, and to promote higher education. Our thoughts and prayers are with the Burgess family during this difficult time.”

Statement from the OU Board of Regents: "The members of the Board of Regents of the University of Oklahoma, Cameron University and Rogers State University are deeply saddened by the loss of Regent Bill W. Burgess, Jr. Bill loved Oklahoma and was both a friend and respected colleague. In his role as Regent since 2014, he tirelessly served the students, faculty and staff of the institutions he governed, and all understood his dedication to helping his fellow Oklahomans succeed through education. Bill had a keen sense of humor and common sense. He combined those qualities with a commitment to volunteer service and leadership which he exhibited throughout his life. His leadership and friendship will be missed. Our thoughts and prayers are with Kim, his entire family, the Lawton and southwest Oklahoma communities and the state of Oklahoma."

Statement from Senator James Lankford: "I learned of Bill Burgess's passing last night as I was driving through Lawton on the highway named for him. Like that highway, Bill was such a foundational part of the Lawton community. He was a fierce defender of Lawton, a visionary for growing the community, and an endless advocate for Fort Still. I will miss his leadership and his friendship. I pray for his family during this difficult time. May they find peace, joy, and comfort in their memories of Bill."

Statement from Attorney General Mike Hunter:  “I am deeply saddened to hear of the passing of Oklahoma icon and dear friend Bill Burgess,” Attorney General Hunter said. “Bill was a resolute champion of many civic and philanthropic causes and a respected member of both the University of Oklahoma Board of Regents and State Regents for Higher Education. His countless contributions have made an immeasurable, positive impact on the state that will never be forgotten. Bill was an innovative leader through his law and business practices and a man of high, genuine moral integrity. As we mourn his passing and remember his accomplishments and wonderful life, my wife Cheryl and I send our deepest condolences to his many friends, family members and loved ones as the state grieves this tragic loss.”

Statement from Sen. Jim Inhofe: “I am deeply saddened to learn of the passing of my dear friend and confidant Bill Burgess,” Inhofe said. “Bill spent his entire life in service to Oklahoma and the nation and his loss will be felt throughout the state. Among many different titles Bill held throughout his career, he served the state he loved on the Oklahoma Board of Regents for Higher Education and the University of Oklahoma Board of Regents. I worked closely with Bill in his role as Civilian Aide to the Secretary to the Army and was so thankful to have a man of such integrity, character and grit in this position. Kay and I are praying for Bill’s family and friends in this extremely hard time. Bill was an exceptional leader, a loving father and husband and an incomparable friend. I am blessed to have known him and he will be sorely missed by myself and the rest of Oklahoma.”

Statement From Congressman Tom Cole: “I was shocked and saddened to learn of the sudden and untimely death of my dear friend Bill Burgess of Lawton. Without question, Bill lived an incredible life in service to his community, state and nation. The world is truly a better place because of him. Bill was a gifted attorney, businessman and civic leader. He rendered invaluable service to our state as a regent for both the Oklahoma Board of Regents for Higher Education and the University of Oklahoma Board of Regents. Bill also served our country as a Civilian Aide to the Secretary of the Army, a job he took seriously and performed with exceptional energy and dedication. No one loved, admired and supported our men and women in uniform more than Bill. Widely recognized and respected as one of Oklahoma’s outstanding leaders, Bill was inducted into both the Oklahoma Hall of Fame and the Oklahoma Higher Education Hall of Fame. As a businessman who developed the largest software engineering company in Oklahoma and was once the owner and publisher of the Lawton Constitution, Bill was admired for his entrepreneurial ability and success. A tireless advocate for Oklahoma business, he served stints as Chairman of both the Oklahoma State Chamber of Commerce and the Oklahoma Business Roundtable. Bill was not only an extraordinary leader for Oklahoma, he was one of my closest friends and strongest supporters. We bonded immediately when we met in the 1990s. But that wasn’t unusual for Bill. He had a gift for making and keeping friends. We relished our shared background as the offspring of career noncommissioned officers and the products of military families. And we worked tirelessly in the public arena to advance policies and leaders who we both thought would benefit our state and country. I extend my sincere sympathies to Bill’s dear wife, his beloved children, his extended family and his legions of friends, associates and admirers. Oklahoma has lost a leader of exceptional vision, energy, ability and character. And I have lost a dear friend whom I shall always remember and who I will miss for all my days.”