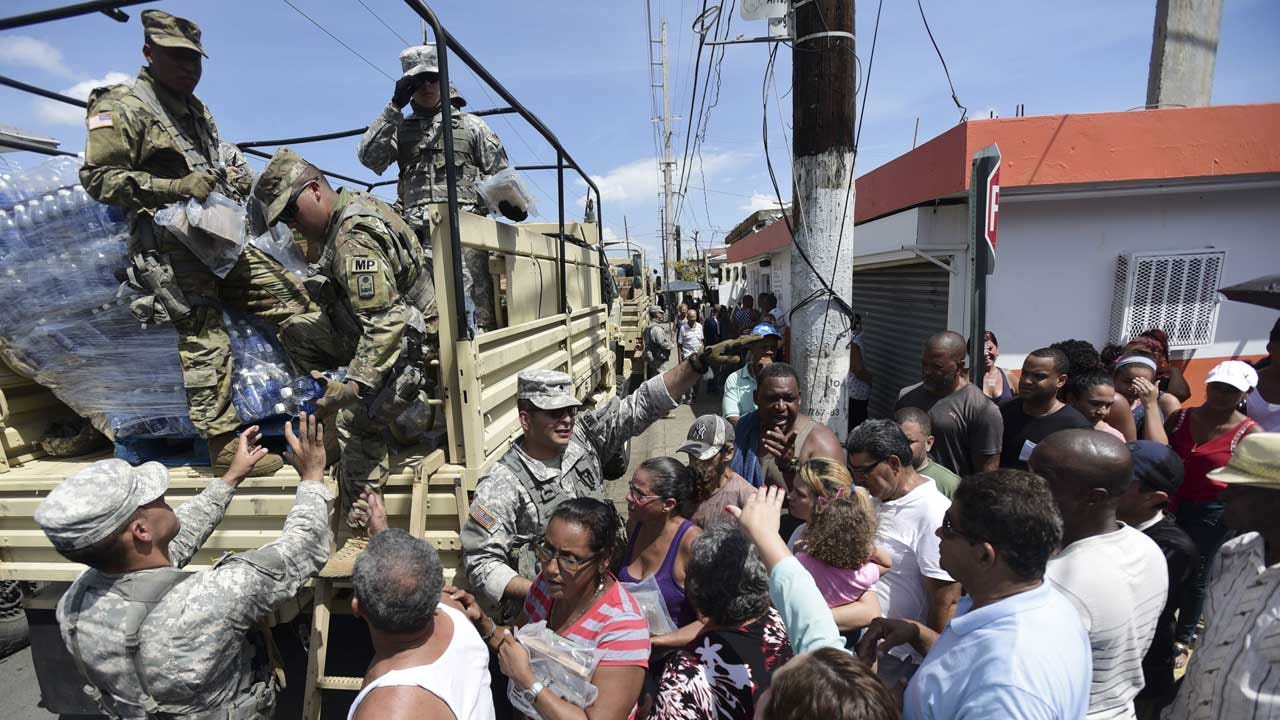 As President Trump continues to mull over whether to declare a national emergency to secure funding to build a wall along the southwestern border, a senior Puerto Rican government official told CBS News the island's government will take "immediate legal action" if disaster aid funds are diverted to subsidize the wall.

"Should Donald Trump decide to go ahead and take assistance away from Puerto Rico, we are ready to take immediate legal action against his administration," the official said. "We are confident justice will prevail as the legislative intent of the disaster relief bills was to help Americans affected by the 2017 and 2018 natural disasters."

According to the official, the Puerto Rican government has not been notified by the White House of any plan to divert funding for relief efforts in Puerto Rico, which is still recovering from the devastation caused by hurricanes Maria and Irma and grappling with a ballooning debt-crisis.

Facing stiff opposition from congressional Democrats, the White House has been exploring other ways to fund the president's proposed wall along the U.S.-Mexico border since early January. One option under consideration is a national emergency proclamation that would divert federal funds meant to help Puerto Rico and several states hit by natural disasters.

On Tuesday, Mr. Trump said he's not ruling out declaring a national emergency. "I'm considering everything," he told reporters, noting that some of his predecessors declared national emergencies for multiple reasons. He also did not make clear whether he would support a budget agreement to avert another government shutdown, though he said he opposed another shutdown and claimed that Democrats are to blame.

"I am extremely unhappy with what the Democrats have given us," he added. "It's sad. It's sad. They're doing the Democrats no favor. They are hurting our country very badly. We certainly don't want to see a shutdown."

After hours of deliberations, Republican and Democratic appropriators said Monday reached a deal on legislation to fund the government past the Friday deadline and avert another shutdown. The proposal includes $1.375 billion in funding for 55 miles of physical barriers and a reduction in overall Immigration and Customs Enforcement (ICE) detention beds from 49,057, the current number available, to 40,520.

The agreement has been denounced by the president's conservative allies in Congress and the media, including Fox News' Sean Hannity.

Since he began his tenure, Mr. Trump and Puerto Rican officials have repeatedly clashed over federal assistance to the U.S. territory, home to approximately 3.2 million U.S. citizens. His administration's handling of recovery efforts in the aftermath of Maria and Irma have been sharply criticized, and more recently, Gov. Ricardo Rosselló and other politicians on the island denounced the White House for opposing $600 million in food assistance funding and calling it "excessive and unnecessary."

In a statement to CBS News Tuesday, Carlos Mercader, executive director of the Puerto Rico Federal Affairs Administration, which represents the island's government in the U.S., urged the president not to "interfere" in Puerto Rico's recovery.

"The suffering of those who lost everything should not be a bargaining chip used by Donald Trump to obtain financing for his campaign promises," Mercader said. "Puerto Rico will not allow for disaster relief funding allocated to Puerto Rico, California and Texas to be used to build a wall in our southern border. Americans affected by disasters deserve to be treated with respect and are entitled to the assistance already approved by Congress."