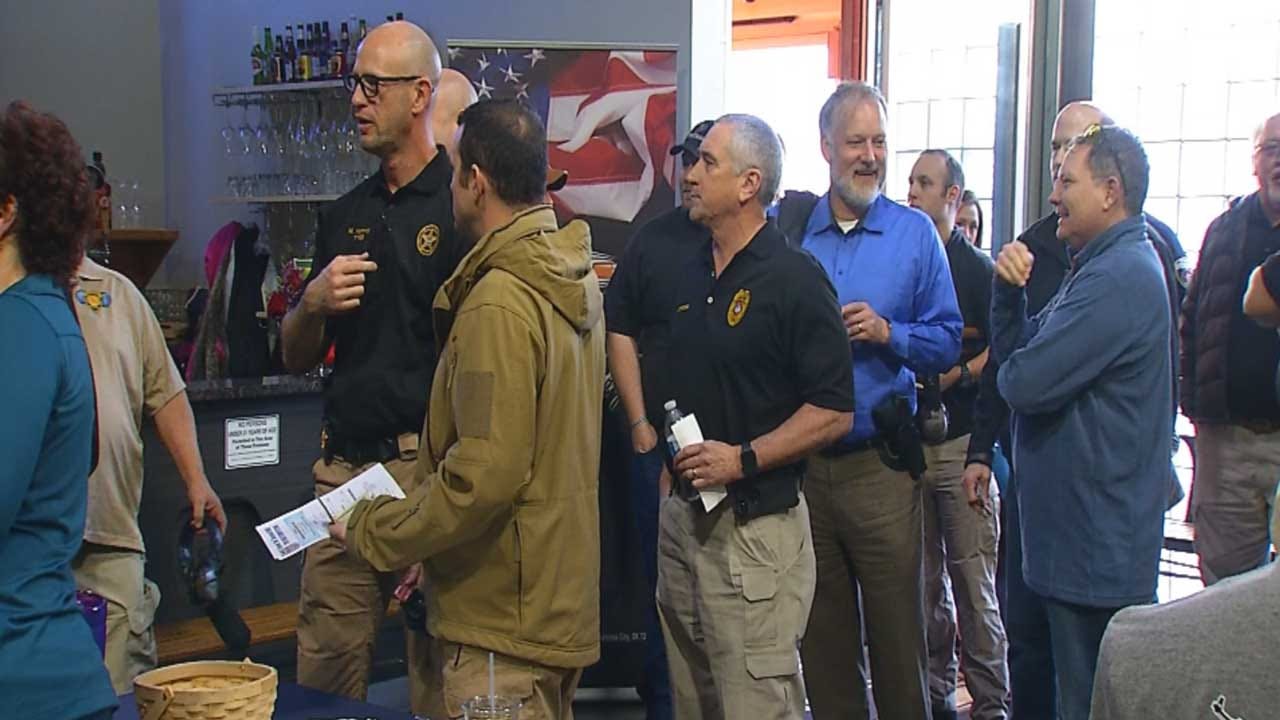 Nearly three dozen teams of the most accurate shooters in Central Oklahoma competed at Wilshire Gun Range in a “Top Shot” competition.

The event was a fundraiser for an organization called the “Emergency Responders Assistance Program,” or ERAP. The tournament is named after Byron “Bo” Bosell. He’s been the head of security for Integris Health for 15 years. He’s also a 23-year veteran of the Oklahoma City Police Department.

Boshell has been battling stage 4 brain cancer for several months. He says he appreciates all of the support but says Wednesday night was about helping other officers.